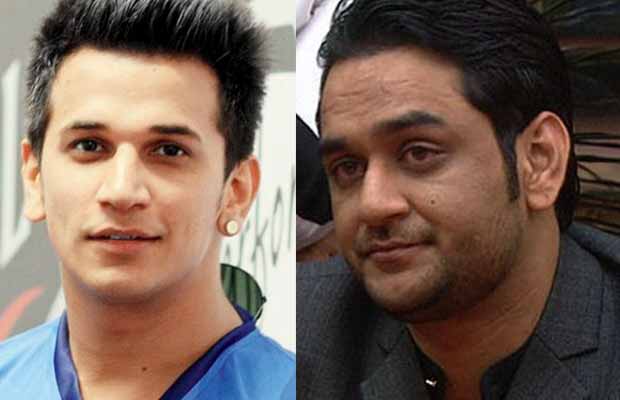 Touted as the ‘King of Reality Show’, Prince Narula has gone a long way in his career. He won back to back three reality shows- MTV Roadies X2, Spitsvilla 8 and Bigg Boss 9. The heartthrob proved that he is here to rule the telly-town. Prince Narula has definitely come a long way but do you know who that person responsible for his career is? Well, it’s none other than producer Vikas Gupta.

In an unseen Voot video, Vikas Gupta tells Hiten Tejwani, Hina Khan that how he shaped Prince Narula’s career. He says, ”Prince Narula is very dedicated and loyal person I have ever met till now. Nobody better than him has shown this kind of dedication till date.”
He further adds that how after winning Roadies, he helped him to take the right decisions. Vikas added, “He won Roadies x2 and then Karan Kundra got him to me. He (Karan) requested me a lot for Prince Narula. I agreed and told Prince not to sign any project for few months, you have to wait. He waited on my say.”

Vikas, who is known for producing for TV shows like Gumrah, Kaisi Yeh Yaariyan, and MTV’s Webbed, also revealed that Prince Narula agreed to do Bigg Boss 9 only on his say. He revealed, ”Then he got Bigg Boss offer but Rannvijay Singha asked him to reject the offer. Rannvijay even called me to ask Prince to reject Bigg Boss but I had a different call for him.”

”Prince then came to me and I asked him to go with Bigg Boss. He had to choose between me and Rannvijay Singh. He agreed with me and luckily won Bigg Boss 9 as well,” Vikas said.

Vikas also revealed that how Prince sat at home for 6 months after winning Bigg Boss 9 and later bagged &TV’s ‘Badho Bahu’ song, which went on to become the hit show of the channel.

He ended the conversation saying, ”Only wrong I felt about Prince was he didn’t maintain well with Colors channel. He should have done more shows with them.”