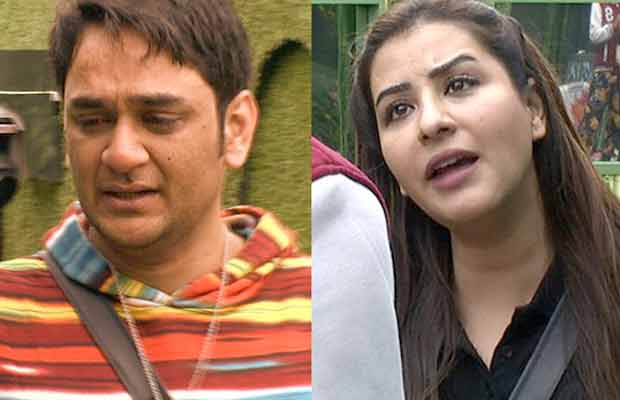 The fights and arguments between Shilpa Shinde and Vikas Gupta have only increased with each passing day inside Bigg Boss 11 house. The two, who share an unpleasant history, continued to fight even inside the house. Shinde’s differences with Vikas Gupta continued and escalated into a heated argument always. However, yesterday’s episode was quite different and surprising when Vikas was in all praise for Shilpa Shinde. He compared TV’s two actresses Shilpa and Hina over their acting skills.

For the people who missed watching yesterday’s episode, Vikas called Shilpa a fantastic actress on-screen. While talking to Benafasha and Jyoti Kumari, Vikas tells them that how fabulous Shilpa is on-camera professionally, though she behaves little mad in real.

Vikas was all praises for Shilpa Shinde’s acting prowess. He goes on to say that Shilpa has done a variety of roles in her career and is a brilliant actor, especially in comedy while Hina is also an amazing actress but has done a single character for a longer time, beautifully much, but continued only with one character.

To people who don’t know, Vikas and Shilpa have an unpleasant history. Vikas was the programming head of &TV when Shilpa was a part of the show Bhabhi Ji Ghar Par Hain. Things turned out ugly between Shilpa Shinde and makers of the show after she accused them of harassing her on the sets. Shilpa and Vikas reportedly had a huge fight over the same after the actress left the show in March last year.