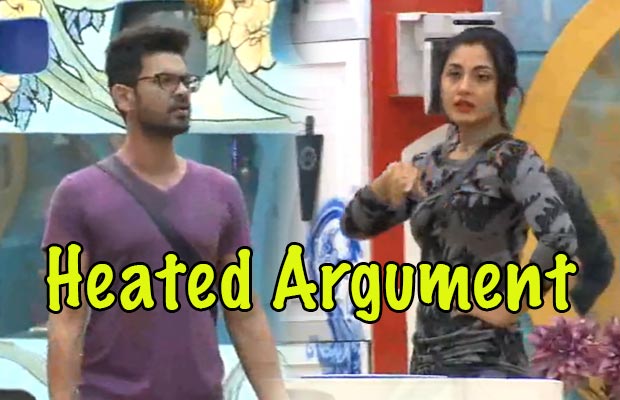 [tps_footer]Its never too late we say, as ‘Bigg Boss 9′ contestants slowly understood the game strategy of Rimi Sen who was doing nothing in the house since day 1. All the contestants finally started raising their voice on Rimi Sen‘s ‘I don’t care’ attitude. The contestants went through a mental and physical task in order to earn their prize money back.

After playing the task for almost hours and hours, the housemates were exhausted yet annoyed, as they were totally weak after the task. Rimi Sen who left the rope too early, was later having a rest time in the house, while others were still continuing the task.

Next morning, once the task was done, Keith Sequeira had a heated argument with Rimi, as she kept sleeping even after the morning alarm rang from Bigg Boss. Keith argued with her for not helping the housemates to take things from the storeroom instead she went and slept twice.

Not reacting on the same, Rimi apologized to Keith and said that she was tied and shivering, but he was not okay with her reasons and asked her to change her this attitude. Well, as we exclusively revealed earlier, Rimi Sen is evicted from the house and the heated argument between Keith and her was before her eviction, earlier in the day.