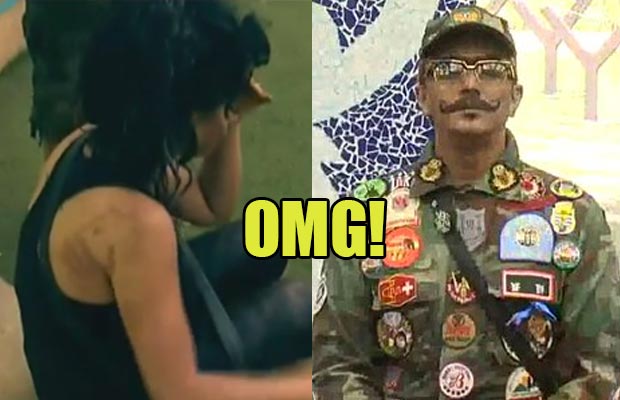 [tps_footer]As earlier we informed, Bigg Boss introduced another task for Bigg Boss 9 contestants for which the house was converted into a military camp. Yes, Imam Siddique will be the commander of the task while the housemates have to follow his orders as cadets.

Imam Siddique came up with challenges that the housemates had never dreamt of. As Bigg Boss 9 season is proceeding towards the end, the fight is becoming tough and the contestants are trying their best to remain in the game. In order to reach finale, the housemates have to follow and impress Imam Siddique and taking advantage of the same, Imam ruined their peace by making them do ‘left and right’ in commander task.

In tonight’s episode you will see how Imam gives cruel punishment to the housemates for not performing the task. From making them run left and right in the house for hours to making them eat chill powder, Imam Siddique scared the housemates like never before.

He gave a severe punishment to Rochelle Rao and Priya Malik after they refused to follow his orders. Imam asked them to stand on the big ice cubes for a longer time and you wont believe what happened next with Priya.

Her legs went numb after standing for minutes on the ice cubes, she then rejected to stand on the ice, as she was almost about to faint. Can Imam Siddique be this cruel? Yes, he can be and the task does not end here, Imam even asks Rishabh Sinha to chop his hair to which he bluntly rejected to do so.

Housemates have to face more challenges to reach the grand finale? Will they pass the test of Imam Siddique so easily? Time will tell better!