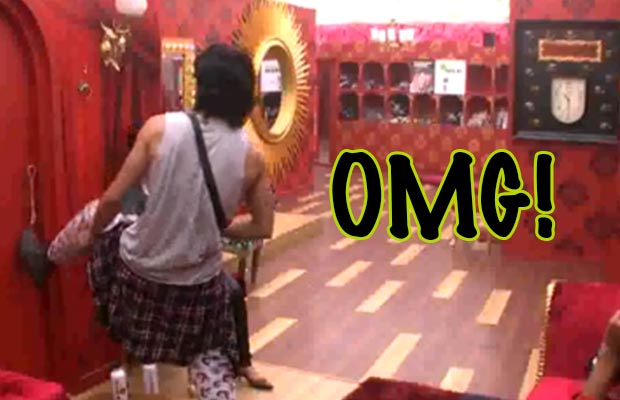 [tps_footer]Bigg Boss 9 contestants have unlocked another level of strategy for the ‘Murder Mystery’ task. The name of the task itself speaks a lot and with this the housemates are trying to do every possible thing in order to harass and confuse the detectives, Priya Malik and Rishabh Sinha.

At a point in the task, couple Rochelle Rao and Keith Sequeira locked themselves in a bathroom. To play their game with the detectives Priya and Rishabh, the duo locked them in the bathroom of Bigg Boss 9 house.

In order to get them out, Rishabh Sinha tried to break the door of the bathroom even when the housemates asked him to stop. Priya Malik tried to explain Rishabh that he cannot destroy Bigg Boss property for the task and that Rochelle–Keith can stay in the bathroom to play their game.

Interestingly, while Rishabh Sinha was doubting Rochelle and Keith, unidentified killer Prince Narula was silently laughing on Rishabh’s behaviour, as he was doubting wrong contestants.