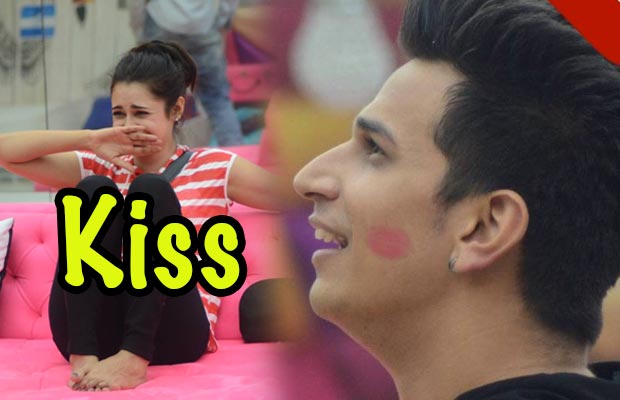 Salman Khan’s Bigg Boss 9 Double Trouble is no doubt a part of the controversies but it also plays a cupid to many couples. With four weeks already passed, we see some new love in the house between contestants Prince and Yuvika.

The love story between the two began with a hate note, but its not the same now. Early in the second week of the show, we already saw some flirting between Yuvika and Prince and now it’s going beyond it.

In the today’s episode you will see Prince finally confessing his love to Yuvika and not just that he even made a heart shaped paratha for her and it was totally cupid struck. The duo has always seen passing lovely comments on each other but this time Prince openly expressed his love to her. He also said that he didn’t realize just in fun, he fell in love with her. Isn’t that adorable?

Well, interestingly we see lipstick mark on Prince’s cheeks. Did he receive a kiss from his lady love Yuvika? Of course it was Yuvika and is it a start of new love story between the two? Well, Bigg Boss house is known for making new love stories in the house, some of them continued till last and some of them didn’t go beyond after the show. Now we wait to catch what this love story has for the two in future!