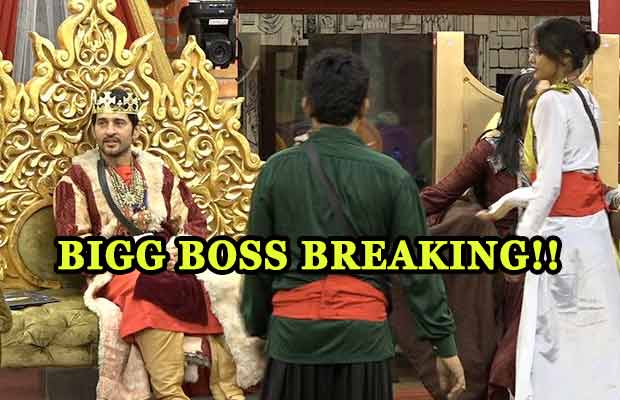 In the last episode of Bigg Boss, the inmates were introduced to their luxury budget task to add some more drama. The task titled Raja Rani Ki Kahani was introduced to the housemates in which Hiten Tejwani plays the role of king while Shilpa Shinde (good queen) and Arshi Khan (evil queen) play the role of queens. But the king, Hiten Tejwani is put to the task of recognising the good queen out of the two. If he fails to recognize the good queen, he would be out of the captaincy task and the team of evil queen will be eligible to participate in the captaincy task further.

Contestants Vikas Gupta, Puneesh Sharma, Lucinda, Jyoti Kumari, Hina Khan and Sabyasachi are in Arshi Khan’s team while rest of the contestants are a part of Shila Shinde’s team.

To note, this task will have direct affect to the nominations and captaincy. While you are waiting to know the results of the task, we EXCLUSIVELY reveal, Hiten Tejwani fails to recognize the good queen and thus, Arshi Khan’s team wins the task, which means the contestants of her team get opportunity to participate in the captaincy task.

We also reveal that none other than Puneesh Sharma and Hina Khan get a chance to perform the captaincy task but hold on, there comes another twist in the game. Bigg Boss gave padosis special power to replace one of the two contestants for the captaincy task. The contestant can be replaced only from Arshi’s team.

We EXCLUSIVELY reveal, Hina Khan was replaced by Vikas Gupta. Yes, so finally the captaincy task will be played between Vikas Gupta and Puneesh Sharma.

Who will become the first captain of Bigg Boss 11? Puneesh or Vikas? Catch all of these in tonight’s episode.