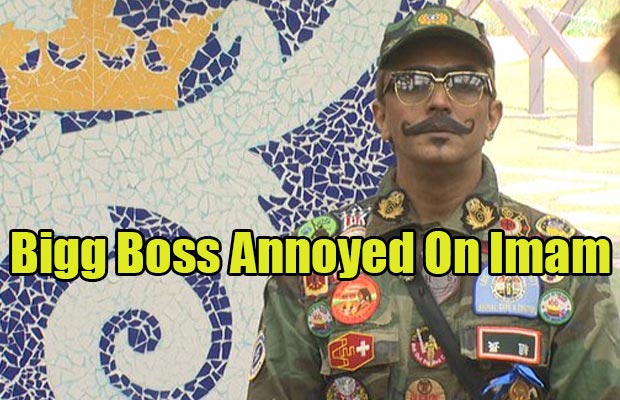 [tps_footer]This time, the most loved controversial reality show Bigg Boss 9 drastically failed with its TRP ratings. The makers of the show tried their best to bring new shocks and surprises on the show to increase the TRP, but they failed in every way.

Thanks to Shah Rukh Khan and Salman Khan’s appearance on the show as it witnessed a steep increase in TRP ratings, which later went down again. After making back-to-back wild card entries in the house, the show is inching close to finale and the makers of the show have got controversial Imam Siddique in the house as a new strategy to increase the TRP.

As the show is closing to an end, the makers of Bigg Boss 9 got former Bigg Boss 6 contestant Imam Siddique in the house. Thinking his entry would make some difference for the show as well as for the viewers, Imam Siddique’s old tactics failed to impress the audiences as well as Bigg Boss.

Yes, according to our source, Bigg Boss is upset with Imam Siddique’s appearance on the show. The makers of the show thought Imam would create a stir in the house, which he absolutely failed to do so. Imam was got in the house to add the spice on the show like it kept audiences hooked up to his weird antics in season 6.

Well, Bigg Boss or makers of the show might be surely upset with Imam’s unimpressive behaviour in the house, but he has been undoubtedly successful in ruining the peace of the housemates.

Also, Imam’s journey of Bigg Boss 9 will end this week and the fashion stylist will be out of the house with a evicted contestant. Any guesses who it can be?