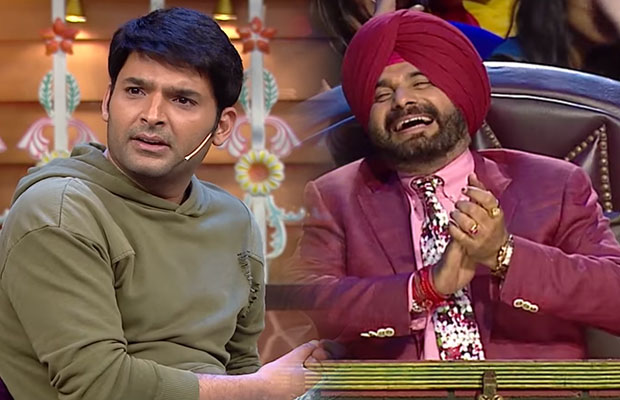 While Kapil Sharma is still trying to get out of his controversy with Sunil Grover, Punjab minister Navjot Singh Sidhu has landed into a trouble. Yes, you read that right! Sidhu has landed up in a trouble after a senior advocate of Punjab and Haryana high court, HC Arora, filed a plea against Sidhu for cracking “vulgar jokes”.

This probably happened during the recent episode, when Parineeti Chopra and Ayushmann Khurrana visited the show to promote their upcoming film ‘Meri Pyaari Bindu’.

As reported, in a letter to Punjab chief secretary, the complainant wrote, “I viewed The Kapil Sharma Show on Saturday from 9 pm to around 10.15 pm. The ‘comedy’ of Kapil Sharma, and particularly that of Navjot Singh Sidhu was replete with vulgar, double-meanings and obscene dialogues. It violated various provisions of the Indian Penal Code, 1860, as well as those of the Information and Technology (IT) Act. Their dialogues offended my conscience while viewing the show along with my wife and daughters… Although I am yet to procure a recorded version of the utterances of these two comedians, yet on the basis of whatever I can recollect, Sidhu told Kapil Sharma ‘Kapil, you please get married, otherwise after crossing 40-years of age, you shall lose your reproductive capacity’.”

“I believe that working in the entertainment world will certainly divert the attention of a person who holds a ministry. It would be a hindrance to performing his duties as a minister. I would, therefore, call upon you to convey my feelings to chief minister, that the situation has reached such alarming proportions that the chief minister must rein his colleague Navjot Singh Sidhu.” HC Arora added.

Earlier in his statement, parliamentarian turned state minister Navjot Singh Sidhu had stated that if Kirron Kher can be an active parliamentarian and a TV host, then why he can’t be the same. He strictly said that he does not want to leave Kapil’s show and that it is no one’s busy to know what he does after the office. Not only Sidhu, even Kapil wants him to stay on the show.

Watch: Sunil Grover BREAKS SILENCE On Being Offered Money To Join Back The Kapil Sharma Show!