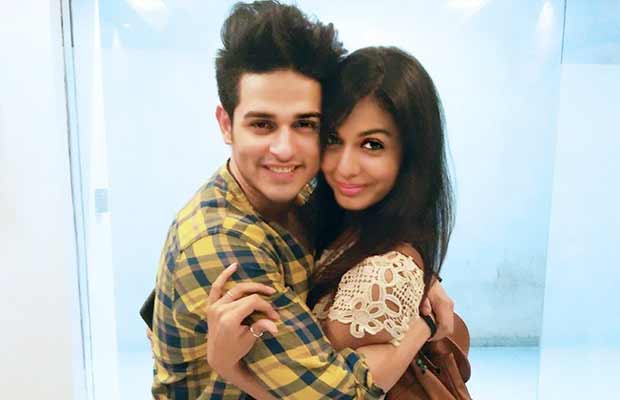 Priyanka Sharma and Divya Agarwal have been dating each other since they appeared together on the show Splitsvilla!

Priyank Sharma has been one of the most controversial contestants of Bigg Boss 11. After he was asked to leave the house, there were also rumours of his break-up with girlfriend Divya Agarwal.

A report on TellyChakkar suggested, ”Divya had strong feelings for Priyank but now they have broken up! They were never really into a strong relationship. It was always dicey.

Divya did have feelings for him but Priyank never really showed much interest. Vikas Gupta’s news was indeed a huge blow to her. She got a reality check.”

But it seems that all such reports were false. While Talking to bollywoodlife.com, Divya herself rubbished all such rumours. She said, ”There’s nothing wrong between me and Priyank. We are just making our careers. Media enjoys the hot topic anyway. All folks, we are happy and together.”

She also explained why she bonds well with Priyank saying, ”We genuinely got connected. And there were many reasons for us being together. Our likes, dislikes, the way he lives, and despite being in this industry, we still have that little orthodox mentality about a few things and society. So all of this actually connected us really well. It’s not that we didn’t have hardships on the show. There were times when we wanted to be together, but we couldn’t. But now when I see the episodes, I realise that whatever happened on the show, it somewhere gave us a lot of attention commercially. But then that time when we were going through that phase, it was difficult.”

Meanwhile, Priyank Sharma has been called back into the Bigg Boss house. Earlier, he was thrown out of the house for slapping his co-contestant Akash Dadlani. And now with his comeback, Akash seems to be furious!