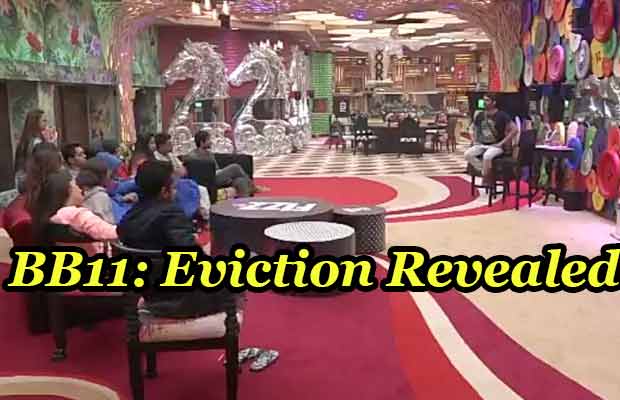 The controversial reality show Bigg Boss 11, which is being hosted by Salman Khan has been constantly hitting the headlines due to its high-octane drama by the contestants inside the house.

The third week of Bigg Boss 11 was really dramatic yet entertaining with full of fights and arguments. Well, the weekend has arrived and it’s time for superstar host Salman Khan to take up some issues today in the weekend ka vaar episode. The actor is sure to add some more spice and drama.

As earlier we revealed, Salman Khan has already wrapped up shooting for weekend ka vaar episodes. While you are waiting to catch all the drama in the fun-filled episodes tonight, we bring to you this week’s eviction results.

WE EXCLUSIVELY reveal, there is a big surprise for nominated contestants and also a Diwali gift from Salman Khan. Yes, you guess that right! This week NO ONE is evicted from the show. After a lot of turmoil in the Bigg Boss 11 house, Bigg Boss decided to bring some smiles and happiness to the nominated housemates on the festival of Diwali.

Now, it remains to see if their happiness will be short lived! What do you think? Share your views.