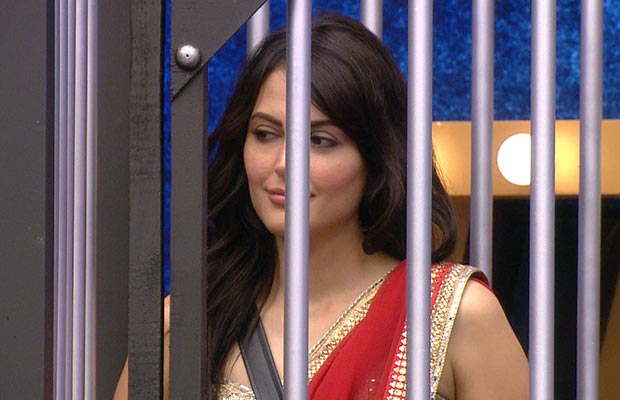 [tps_footer]After surviving two weeks in the Bigg Boss 9 house, the contestants are close to complete the third week and with the weekend evictions we can equally see stress among the contestants.

When Prince, captain of the house, was asked by Bigg Boss which one of the contestant has given him the most amount of trouble, Prince did not think twice before answering as it was for sure that he would take Mandana’s name as he already had heated argument with her when she rejected working for the work he had assigned to her.

Claiming that Mandana has given every captain of the house the most amount of trouble by throwing the mike and not abiding by rules, Prince gave Bigg Boss Mandana‘s name. Well, guess her punishment?

Interestingly in the Saturday’s episode you will see Bigg Boss put her behind the bars as a punishment. Excited to know Salman Khan’s behaviour on this?

Bigg Boss 10: After VJ Bani, Is This TV Actor The Next Confirmed Contestant? – Watch Video

Bigg Boss 9: Here What The 15 Contestants Are Upto These Days!