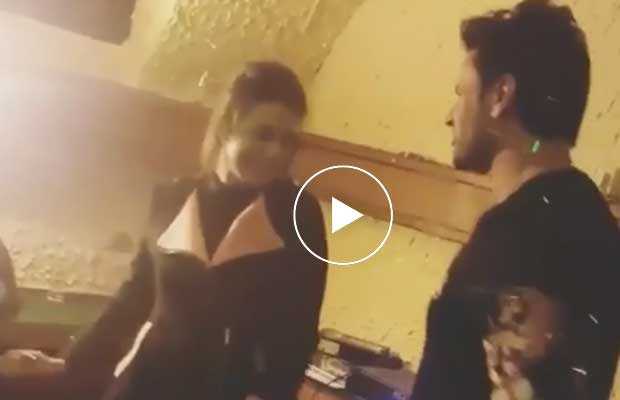 Divyanka Tripathi and Vivek Dahiya are having the best of their time on their trip to Budapest.

The celeb couple Divyanka Tripathi and Vivek Dahiya are couple goals for everyone. The two of them look extremely cute together and are currently enjoying in the land of Europe. But it is not just fun for the actress as she is there for her work too.

The cast of Yeh Hai Mohabbatein flew to Europe to shoot some of their episodes. Anita Hassanandani, Karan Patel, Aditi Bhatia and some others have been constantly posting pictures from their trip and it is quite evident that they are having the best of their time.

We also got to see some of the videos of the cute couple Vivek-Divyanka. They have been shared by one of the actor’s fan pages on Instagram. In one of the videos, we can see a belly dancer dancing close to Vivek, while the actor does not show any interest in her as his beloved wife is sitting right beside him.

In a few others, we can see the couple shaking their legs together on some desi songs like Jhanjhariya Meri Chanak Gayi and also Salman Khan’s O O Jaane Jaana. Check out the videos here…

Talking about the couple, Vivek and Divyanka met on the sets of Yeh Hai Mohabatein itself which was the actor’s debut show on the television. There they fell in love and finally got married in July, last year. The marriage took place in Divyanka’s hometown Bhopal. The couple had flown to Europe for their honeymoon.

On a related note, Yeh Hai Mohabbatein is said to be taking a leap of one and a half years. And it is for the episodes after the leap that the cast and crew shot in Budapest. They were also accompanied by their producer Ekta Kapoor.