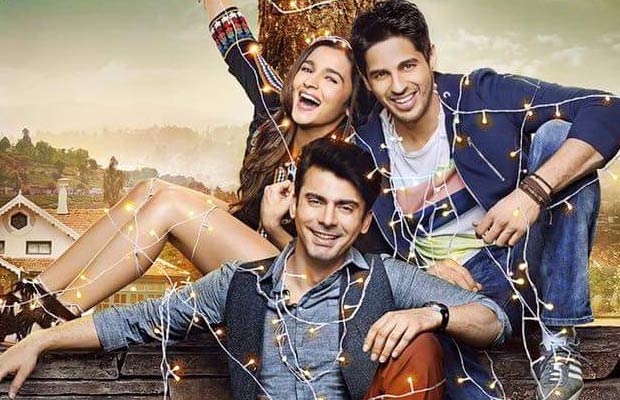 [tps_footer]The trailer of much awaited film of 2016 ‘Kapoor And Sons’ starring Sidharth Malhotra, Alia Bhatt and Fawad Khan is here. Directed by Shakun Batra and produced by Karan Johar‘s Dharma Productions, the trailer takes us on a fun-filled yet emotional journey.

The film revolves around a Punjabi dysfunctional family. The trailer starts with two brothers- Rahul and Arjun Kapoor, who show the crazy third generation of Kapoor clan. After five years, Arjun and Rahul return to their childhood home and things go sideways. The brothers are affectionate, fight with each other and also fall for the same girl. Alia Bhatt plays the bubbly girl who is the stuck between the love triangle. Rishi Kapoor plays their grandfather, who is completely unrecognizable in his older look, wishes his family solves all the problems before her dies.  Ratna Pathak Shah and Rajat Kapoor play Fawad Khan and Sidharth Malhotra’s parents who just stand the sight of each other. Constant bickering and fighting has led to tons of misunderstandings between them. The story is about how things will unravel between the family in the end.

The trailer surely promises a roller-coaster ride of laughs, tears, emotions and romance. The rumoured couple, Sidharth Malhotra and Alia Bhatt, is starring opposite each other after their debut film ‘Student of the Year’. Fawad Khan shows different shades to his character and looks very impressive. It will be fun to see Fawad–Alia’s fun chemistry alongside Sidharth and Alia. The movie is set to release on March 18, 2016.