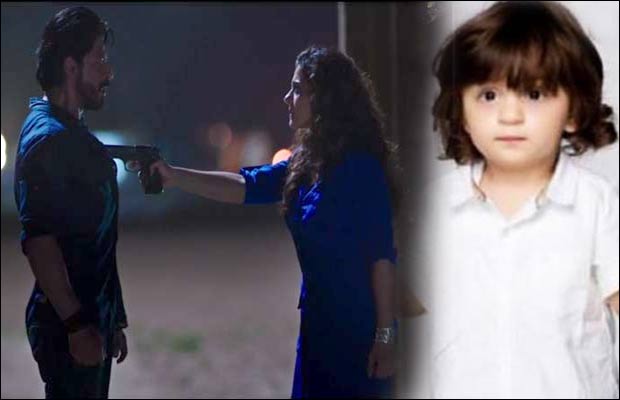 [tps_footer]Its very well known to all, superstar Shah Rukh Khan is called the ‘King of romance’ of Bollywood. But it seems, the actor doesn’t agree on the same. At the recent promotions of his upcoming film Dilwale with Kajol, SRK said that he finds the tag of ‘king of romance’ weird.

During the media interaction at the Dilwale event, SRK said, “I find the tag weird. Because of my films, when I talk good things about love, people think me to be like that. Personally if you know me, may be I won’t turn out like a premi type.”

Also when asked about who he considers his love guru, SRK responded saying, “May be I have passed the age to think, Who will be my next love guru.”

When quipped AbRam is his love guru, SRK laughed and while expressing his love for his adorable son, the actor said, “Okay, my love guru is AbRam. I will follow his footsteps and do what he does.”

“But yes, he (AbRam) is very genuinely loving. I think animals are also very good love gurus. Children and animals love you unconditionally, little children are the most loving. Their love is very pure,” he added.

Shah Rukh Khan and Kajol are coming together after a long back on the single screen for their action romantic film Dilwale. While the anticipation to watch the film is high among the fans, SRK’s little son AbRam and daughter have already watched the film.

Talking on his children’s review on the film, Shah Rukh Khan said, “They had come to Hyderabad. AbRam and Suhana have seen the one-hour-30-minute rough cut of the film… Suhana was little surprised at the intensity of the story and love story… there came a moment when she was pleasantly surprised with the storyline. “AbRam I don’t know what he understands. He used to look at me and say ‘Papa’. He seemed to enjoy. I was surprised he sat for one and-half-hour, clapped… Sometimes when everybody was quiet he used to make noises like ‘Ooooh!.”