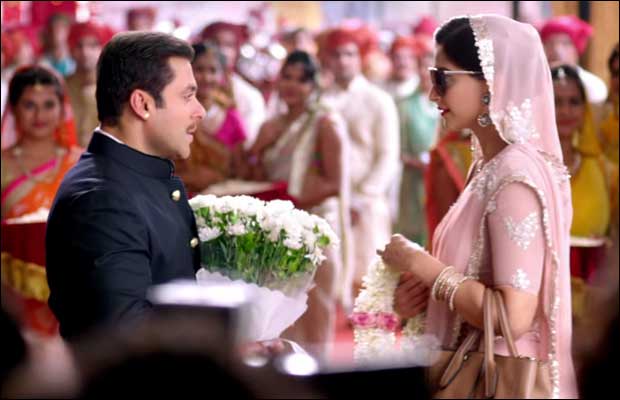 Sooraj Barjatya is one of the few modern-day filmmakers left who follow a certain formula or style of storytelling that’s consistent across all his films. It’s the sort of philosophy that Manmohan Desai would have been proud of: “If your audience expects something from you, give it to them”. This formula goes against experimentation, or realism beyond a point or innovation for that matter. It gives you comfort in familiarity and pleasure in predictability.

Prem Ratan Dhan Payo is a Barjatya film in every sense: it speaks of culture, tradition, respect while setting itself in an ambiguous ancient–modern world. You see people in splendorous clothes in a horse carriage before the ringing iPhone tells you that this is in contemporary times. There’s a family with friction. There are glitzy clothes and sets. There is a song every few minutes. There’s piety, product placements and a range of dialects that do not have an explanation.

The story’s been told before, of people with identical faces getting mixed up in each other’s lives. A prince (Salman Khan with a mustache) on the cusp of coronation runs into trouble with some unknown murderous people while a theatre performer (minus the mush, and called Prem Dilwale) finds himself in the middle of this politicking because of a princess (Sonam Kapoor). The alternating intrigue and romance unfold over the course of many meals, songs, costume changes and glassy sets plus additional family drama in the form of an ostracized stepsister (Swara Bhaskar).

Certain themes of modernity creep into the Barjatya film of 2015, like a working woman protagonist, an impromptu football match with a women’s team out to prove they can do as well. The melodrama remains controlled; humour is sporadic, while the plotline often meanders into some random direction.

Salman, being Salman, often seems to come up with his own dialogues. He plays both characters in his own woke-up-in-the-morning-and-decided style. Armaan Kohli looks suitably evil, though it’s quite possible he is incapable of looking like any other way. Neil Nitin Mukesh mostly needs to lounge in his scenes while Sonam Kapoor dazzles in her carefully chosen clothes but carelessly done makeup. Anupam Kher has done too many of such roles to bring in anything new. The only actor visibly putting some effort into her role is Bhaskar, though she is the only one looking grim when everyone else is grinning joyously.

There’s a certain simplicity to the conflicts and resolution that are typical of a Rajshree film. However Himesh Reshamiyya’s one infectious chartbuster is the only thing that remains with you after a near-three-hour drag. That, and the gorgeous costumes!