Bollywood’s latest release, Salman Khan starrer ‘Prem Ratan Dhan Payo’ has set new records at the box office shattering all previous ones. The film has gained massive response from the audience owing to the national holiday of Diwali, and contributing to that factor is the image of Salman Khan and Sooraj Barjatya. ‘Prem Ratan Dhan Payo’ is certain to emerge with the highest opening day ever leaving previous record setting films like ‘Happy New Year’, ‘Bajrangi Bhaijaan’ and ‘PK’ behind.

The film is enjoying the best opening day ever with an average collection of 70-75% throughout the country. ‘Prem Ratan Dhan Payo’ is being screened across 4200 screens in India, and each of them is expected to rake in similar amount of collection. At this pace the film is expected to collect around Rs. 40 crores next approx in its Hindi version. Collections on the south side is reportedly lesser at Rs. 1.50 crores net approx.

Earlier two films that released on previous Diwali, ‘Happy New Year’ and ‘Dhoom 3’ on the Diwali before last year also enjoyed similar privilege of getting more audience to the theater owing to the major holiday factor. ‘Prem Ratan Dhan Payo’ is expected to break all the records set previously by becoming the best opening film in Bollywood. The main performance of the film will depend on once the Diwali heat dies down. Opening day collections of films like ‘Bajrangi Bhaijaan’ and ‘PK’ was around Rs. 38.50 crores net approx which means PRDP will leave the films behind by a very close margin. Its collections is expected to be 15% better than ‘Happy New Year’.

‘Prem Ratan Dhan Payo’ is a family oriented film that marks the comeback of Sooraj Barjatya with Salman Khan and Sonam Kapoor in the lead role. The film also stars Anupam Kher, Neil Nitin Mukesh, Swara Bhaskar, Armaan Kohli and Deepak Dobriyal among others. After such an amazing opening, we’re waiting to see the film’s actual first day collection figure. 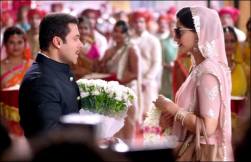 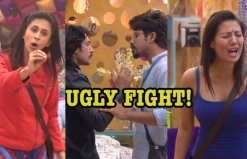