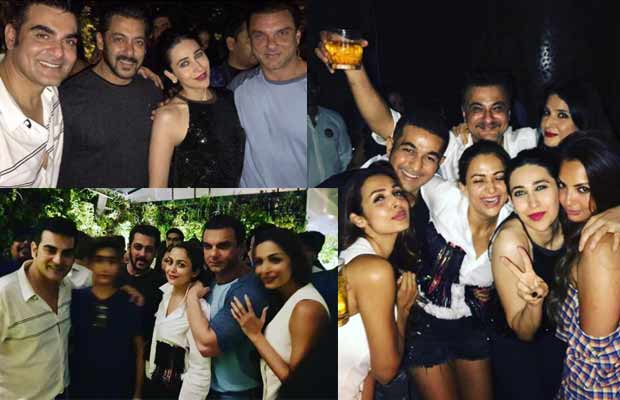 Arbaaz Khan celebrated his 50th birthday with friends and family. Celebrities like Karishma Kapoor, Esha Gupta, Aditi Gowarikar. Sunny Leone and her husband Daniel Weber were also present at the event as they are particularly close to the couple. Daisy Shah, Ibrahim Ali Khan, Amrita Arora Ladak were also seen at the party.

Arbaaz Khan and Malaika Arora Khan were married for 18 years and have one son Arhaan. The actors are now divorced but still cordial with each other.

The celebrity couple is known to roam in high society parties with their friends and hence a big birthday bash seems necessary. The couple has a joint production house that released blockbuster films like ‘Dabangg’ and ‘Dabangg 2’.

Most of the Khan family including Salman Khan, Sohail Khan, Salim Khan and Helen were present at the party.

Here are some inside photos from the party:

Malaika Arora Khan and Arbaaz Khan may have ended their marriage but it doesn’t look like there is any rivalry between the couple. The actress shared a funny video of her ex-husband with the caption, “A tarbooz for arbooz ??…..happy 50 arbaaz??????happinesssss always @arbaazkhanofficial”

Arbaaz Khan even thanked his fans and followers for all the birthday wishes via Twitter and Instagram.

Thank you everyone for all the birthday wishes ???? still batting 50 not out ??

Thank you everyone for all the birthday wishes ???? still batting 50 not out ??

Arbaaz Khan will be seen in his next film with Sunny Leone titled ‘Tera Intezar’.
Sunny Leone revealed that she was excited about the film and Arbaaz Khan is a good friend and that the movie is due to release soon. 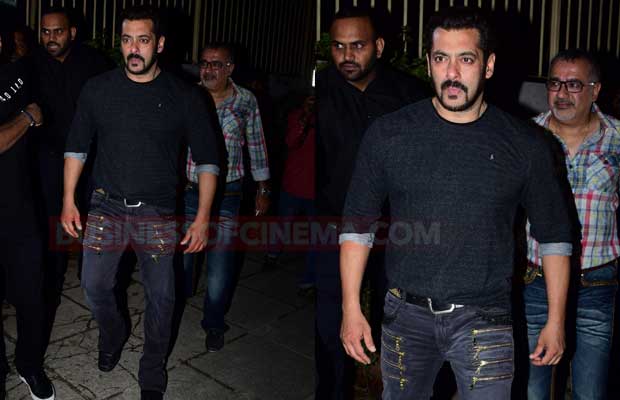