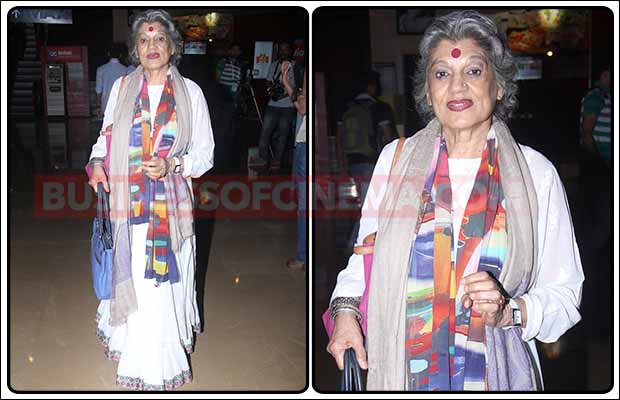 [tps_footer]Former Miss India and Bollywood actress Neha Dhupia attended the 17th edition of Jio MAMI Mumbai Film Festival. As these days the actress is going for oversized dresses and simple looks for outings, Neha’s screening style was a vertical striped long dress and carried a tanned Bag along with it. The model turned actress who is known for her style quotient let it go this time by sporting a casual yet classy evening look. She kept her hair open and wore sneakers.

French environmentalist-filmmaker Yann Arthus-Bertrand was also in attendance at the festival. The filmmaker interacted with media saying that he is keen to make a film in India as the country is “beautiful with a big contrast.” Yann is known for his book “Earth From Above” and his documentary “Home”, which was composed of aerial shots of various places from around the world.The filmmaker’s next, “Human”, talks about people from across the world affected by politics and crime and their survival. Yann said he would love to shoot an Indian version of his movie.

Veteran actress Dolly Thakore was also present at the event.