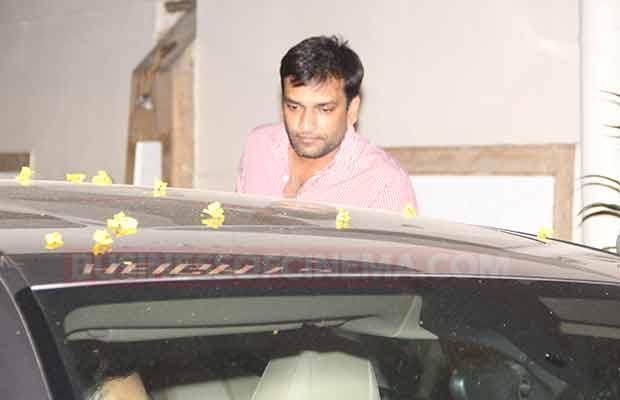 Bollywood actress Kareena Kapoor Khan is a party person, who doesn’t leave a single opportunity to throw a party for her friends and family. The new mommy threw another party last night for her sister in law Soha Ali Khan, who is expecting her first child with husband Kunal Kemmu. The dinner party was attended by Kareena’s sister Karisma Kapoor, who came at the party with her rumoured boyfriend Sandeep Toshniwal.

By now it’s known to all Bollywood couple Soha Ali Khan and Kunal Kemmu are expecting their first child together. The parents-to-be looked happy like never before as they arrived at Kareena’s party in their car.

Meanwhile, ever since Sunjay Kapur has tied the knot with Priya, speculations are rife that Karisma Kapoor might also head for the second marriage with alleged boyfriend, Sandeep Toshniwal. Also, Sandeep is officially heading for divorce with his first wife. So, Karisma Kapoor will think of marrying again? Will the actress think of stepping into the new phase of her life? Time will tell!

In fact, Sandeep is already very much a part of Kapoor family. He is also seen attending parties with Karisma Kapoor and her B-town friends.