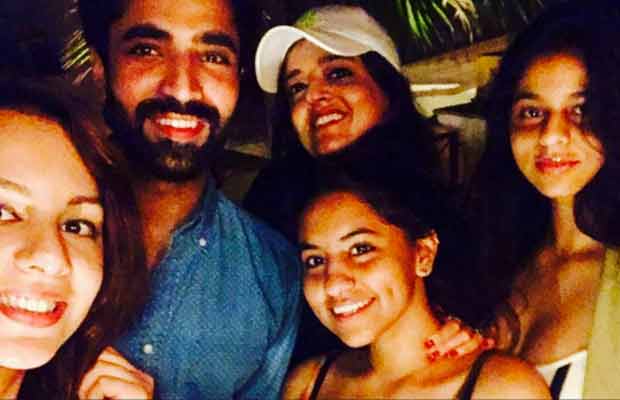 Suhana Khan has been spotted partying with the ex-contestant of Bigg Boss Nitibha Kaul!

Shah Rukh Khan’s daughter Suhana Khan has suddenly come into the limelight after making some glamorous appearances in public. The young girl has recently been spotted partying with an ex-contestant of Bigg Boss. Nitibha Kaul, who was one of the participants of the tenth season of the TV reality show Bigg Boss, has shared a picture which sees her having a good time with Suhana Khan and her other friends.

Posting the picture via her Instagram handle, Nitibha captions the image as, “Monday Night with @khushboobawa @ahujaraghav suhana khan”

The girls are indeed looking happy in each other’s company. But we wonder what is the connection between the two young ladies!

While Nitibha was a commoner before entering the Bigg Boss house, she has now become a celeb. She was one of the most loved contestants at the show. She has even started her own YouTube channel now where she hosts a show giving everyday life hacks to people. She is also going to be seen hosting a dating-based reality show with another Bigg Boss participant Manu Punjabi.

On the other hand, Suhana Khan has become a newsmaker after the girl made a stunning appearance at a recent event. She was also spotted at the screening of Salman Khan’s ‘Tubelight’. She was seen attending the event with Chunky Panday’s nephew Ahaan Panday.

It is being expected that Suhana will make her debut in the Bollywood film industry soon. But papa SRK has already said that the minimum qualification he wants his kids to hold is a graduate. We are eagerly waiting to see her on the big screen!