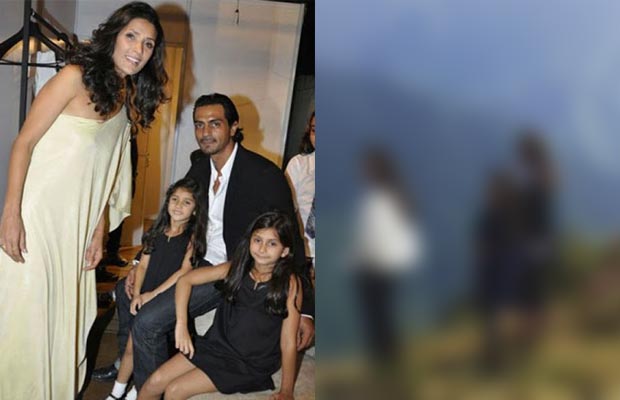 Bollywood actor Arjun Rampal is currently in news for his link up rumours with Hrithik Roshan‘s ex-wife Sussanne Khan. Rumours about Arjun and Sussanne‘s link up got spread like wildfire and the speculations have been rife that this had distance between Arjun and his wife Mehr Jessia.

Slamming all the rumours, Arjun Rampal posted a picture of his wife and daughters Myra Rampal, Mahikaa Rampal on instagram, who visited Shillong for Diwali celebrations. Arjun Rampal is currently shooting for his upcoming film ‘Rock On 2′ in Shillong and he made sure that his family is with him during the festive occasion.

Arjun shared the picture of his wife and daughters with a caption, “The girls join me in Shillong for Diwali. Lovely to have them around. #rockon2 #shillong #nature #family” 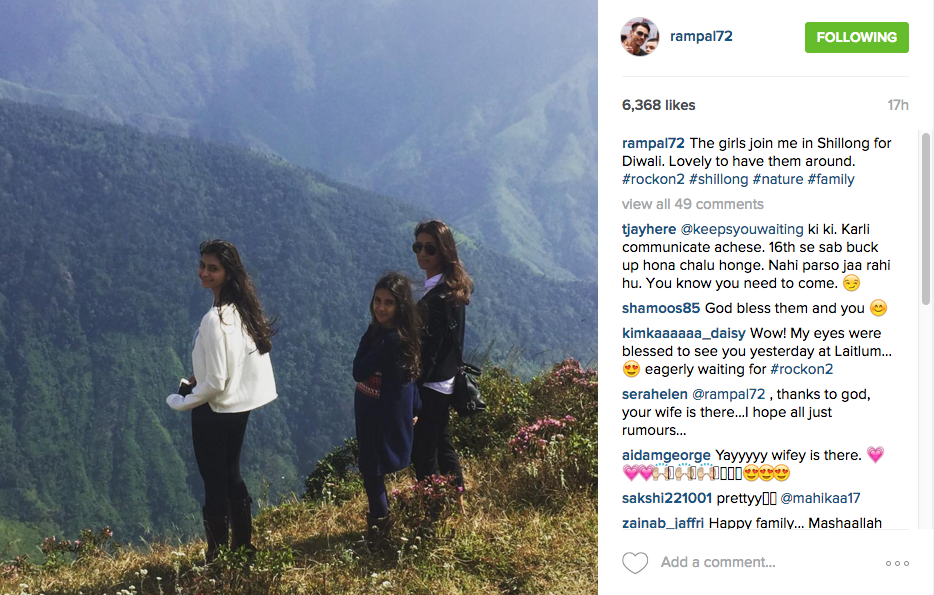 Did the actor put end to all the rumours of his link up with Sussanne Khan? Earlier Arjun and Sussanne Khan both of them trashed the rumours of them getting married to each other, but somehow the rumours didn’t stop when Arjun got back to Mumbai from Shillong on the day of Sussanne Khan’s birthday last month. The duo has lashed out at media saying the rumours are false and now with the latest picture shared by Arjun, it shows that all is well between Arjun and his wife Mehr Jessia.

Currently, Arjun Rampal is busy with the shooting of ‘Rock On 2′ with Shraddha Kapoor, Farhan Akhtar and Prachi Desai. Being directed by Shujaat Saudagar, the film is slated to release in September 2016.