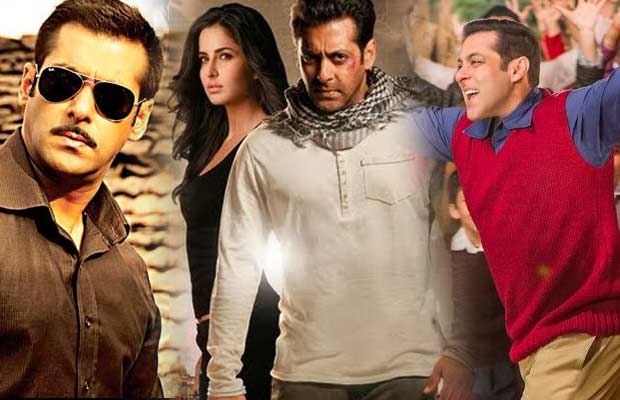 Bollywood actor Salman Khan as we all know is unstoppable and spinning box-office like a boss with his every new film. There is no denying that Salman Khan is the reigning Khan of the industry, who holds several records and is the undisputed ‘king’ of the domestic box office. The actor started his career with Sooraj Barjatya’s Maine Pyaar Kiya and gave many other hits in the 90s. However, in 1999 Salman’s career began to nose-dive but he stood back again.

He gave few hits between 2005-2009 including Partner and No Entry but his biggest turning point of the career was when he came with Prabhu Deva’s Wanted (2009. Since then the actor has given back to back hits like Dabangg, Dabangg 2, Ek Tha Tiger, Bodyguard, Bajrangi Bhaijaan, Kick and Sultan.

Salman Khan is back again this year with some of the interesting ventures and has almost locked his scheduled till 2019. Yes, you read that right! From Tubelight to Tiger Zinda Hai, Remo D’Souza’s next, here’s everything you want to know about Salman Khan’s 6 big upcoming films of 2017, 2018 and 2019.