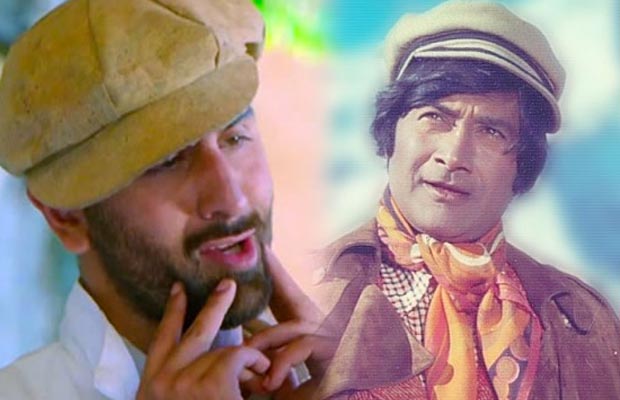 Ranbir Kapoor and Deepika Padukone starrer film ‘Tamasha’ is highly awaited by the audience. The two superstars will flaunt their versatility yet again in Imtiaz Ali’s ‘Tamasha’. The film is an entertaining love story with a twist. Ranbir and Deepika will once again rule the silver screen after their blockbuster hit ‘Yeh Jawaani Hai Deewani’.

There is one more revelation to the film ‘Tamasha’. Handsome actor Ranbir Kapoor shared that the film is homage to veteran actor Dev Anand. Yes! The movie has loads of sequences which include Dev Anand’s peculiar styles and mannerisms. Commenting on the same Ranbir said, “The Dev Anand imitation was a part of the script. Imtiaz wanted that because Ved and Tara meet in a place and they decide that they are not going to disclose their names to each other. They also do not say where they’re from. So he becomes Don and she becomes Mona darling.”

Additionally the Kapoor lad further opined, “He becomes Dev Anand and she becomes a prostitute. It was fun doing that because Dev Anand is the king of romance and we did not want to make fun of him but pay homage to him. It was fun doing it. I did a lot of classes from mimic artists because it is very difficult to mimic those dialogues.”

The actor who is keeping his fingers crossed for the success of the film opposite Deepika Padukone also spoke about the leading lady of the movie. Ranbir Kapoor in his usual charming avatar said, “If you get to know Deepika and if you get to speak to her at a fun time, she is somebody you can have a lot of fun with, Imtiaz told me that when he was working with Deepika while filming Love Aaj Kal, she came across as a very reserved person and he was thinking, ‘how do I break the ice?’. One day I started talking to her in a very cheap manner and she responded with a twinkle in her eye.”

The versatile actor Ranbir Kapoor who has a large female fan following also shared that he was jealous of director Imtiaz Ali, the actor confessed, “I was jealous because she was so enamoured by his looks. She would come and tell me that he is so good looking and he has such great hair. I used to look at Imtiaz with tashan. But Imtiaz is a pure director. He really feels the parts and the emotions which is why he expects his actors to be pure.”

Well seems like Ranbir and Deepika are going to set the screens on fire with their romance in the film ‘Tamasha’. Directed by Imtiaz Ali , the film will hit the screens on November 27th, 2015.