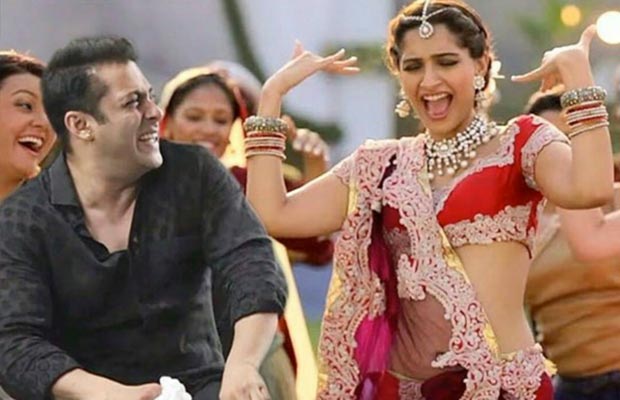 Salman Khan and Sonam Kapoor’s much talked film ‘Prem Ratan Dhan Payo’ is nearing to its release. Both the actors have geared up with the promotions of the film and with this the ‘Bajrangi Bhaijaan’ actor Salman Khan chats with his fans on twitter.

The dashing actor personally tried to answer the questions of each and every fan with the trending hashtag #ChatWithPrem. Dressed in light blue shirt and formal pants, Salman Khan sat in front of his laptop to take the questions from his fans.

As soon as #ChatWithPrem started, fans started asking questions back-to-back one after other. One of the questions asked to Salman Khan was that which of the two movies is more romantic – ‘Maine Pyar Kiya’ or ‘PRDP’?

Tow which the actor replied saying, “Because #MainePyarKiya was my first film, so i will always say that it was more romantic #ChatWithPrem”

Salman Khan’s first full fledged movie with director Sooraj Barjatya was Maine Pyar Kiya in which the actor played the role of Prem in the film opposite actress Bhagyashree. Since then Salman and Sooraj have done many more films but now after years and years, the duo have reunited again for their film ‘Prem Ratan Dhan Payo’.

Salman Khan will be seen as the quintessential Prem once again in PRDP that audiences have loved and treasured in their hearts. The film also features actor Neil Nitin Mukesh, Anupam Kher, Swara Bhaskar and Sonam Kapoor. The film will hit the theatres on November 12, 2015.