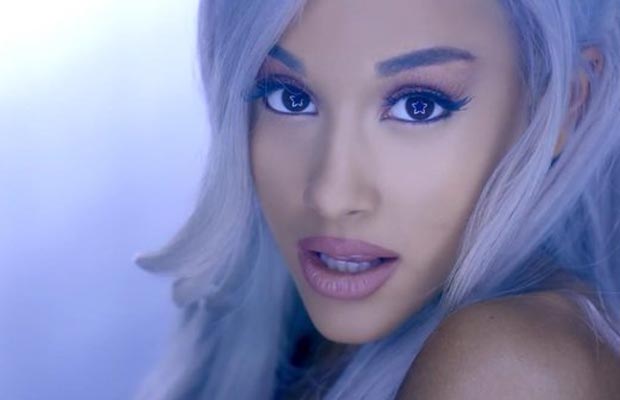 Hollywood pop sensation Ariana Grande has released her latest music video, ‘Focus’ and she looks s**y and sweet as ever! The young star sure does know how to bring the oomph factor out, without indulging in unnecessary vulgarity. Ariana’s videos always see her in a lovable avatar, and Focus is no different. While we absolutely loved the video, we can’t say the same thing about the song!

Ariana Grande sizzles in many different outfits in the video putting her best leg forward with awesome choreography and what not. But the tune of the song and the basic composition seems a lot like her old track ‘Problem’ featuring rapper Iggy Azalea. Focus has lots of similarity with her old song, which makes it monotonous to the ear, but the music video covers that up with its eye pleasing quotient. So no complaints in that category!

Also Read: Shah Rukh Khan Is Witty And Unstoppable At 50

The music video has been constructed well and directed in different constructed locations that see Ariana in her staple short dress long boots style. So much so that she has kept her ponytail also intact like every other video! The black and white portion in the middle of the video gives quite a retro feel, where Ariana Grande looks the sexiest of all! The polka dots dress is suiting her well and complementing her thick black hair and big brown eyes.

The 22-year-old pop star started her career through musical theaters and soon became serious about a musical career. After several auditions she landed the role of Cat Valentine in Nickelodeon’s show ‘Victorious’ soon after which she became one of the most followed teenage artists. After that there was no looking back for Ariana Grande who has went on to drop more than two albums and has been nominated for Grammy, BET Awards as well as Billboard Awards. She has won several MTV awards at such a young age. Watch Ariana Grande starrer ‘Focus’ here and tell us what you think!