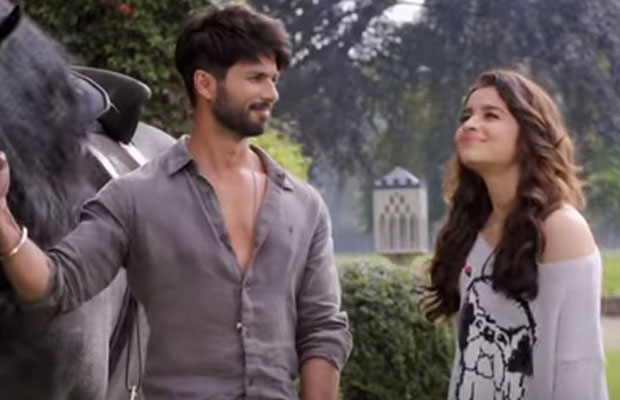 The much-loved trailer of Shahid Kapoor–Alia Bhatt starrer ‘Shaandaar’ has crossed 10 million views! The fresh pairing and the sizzling chemistry of Shahid Kapoor and Alia  Bhatt has become the talk of the town ever since the trailer was released.

The makers have so far released two songs from the film, the foot tapping ‘Gulaabo‘ and the out-and-out dance track ‘Shaam Shaandaar’ which have also become a hit with them ruling the music charts. Gulaabo became a rage with the song clocking 2.6 million views in just 16 hours making it the most watched song ever.

Based against the backdrop of the ‘Shaandaar’ wedding, the film is an out-and-out youthful love story focussing on two characters Alia (played by Alia Bhatt) and Jagjinder Joginder (played by Shahid Kapoor). Alia’s father Bipin (played by Pankaj Kapur) adds the twist to their romance as he believes there’s no guy that will be good enough for his daughter, since Alia is a dreamer. Jagjinder Joginder is a doer and he feels he can make anything happen! And for obvious reasons, Bipin hates Jagjinder Joginder.

Presented by Fox Star Studios, ‘Shaandaar’ is produced by Dharma Productions and The Phantoms.