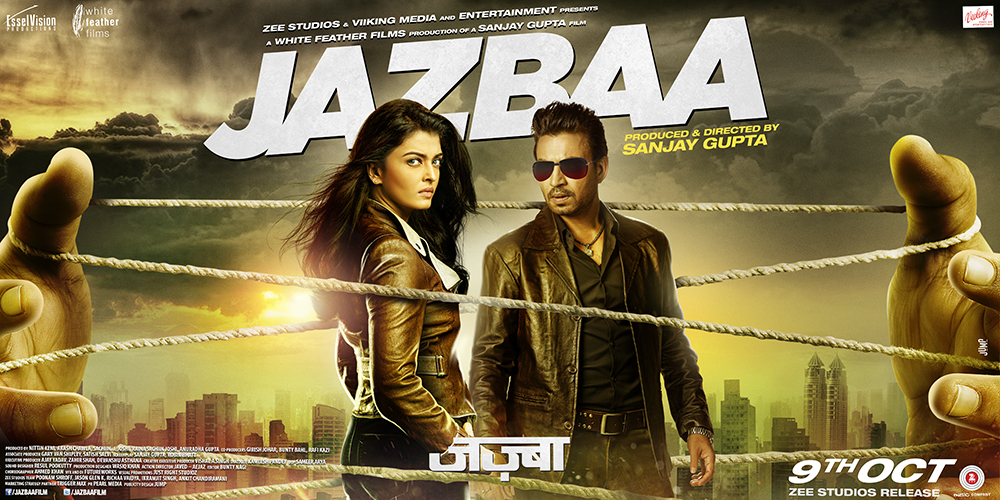 A new poster Of Aishwarya Rai Bachchan and Irrfan Khan starrer ‘Jazbaa’ has been released. The poster show’s the films lead stars, Aishwarya and Irrfan entangled in problems. The duo have an intense look, and the poster also shows the hand of a third person who has some game plan, and trying to capture the duo in his web.

Directed by Sanjay Gupta, the trailer of the film brings out the dark side of politics and courtrooms. Aishwarya who plays the role of a powerful and successful advocate, Anuradha Verma is seen in a very intense role while Irrfan Khan is introduced as a suspended cop. In the trailer, Aishwarya Rai Bachchan is seen fighting in the court of law for a criminal and set him free in order to save her little daughter.