In a series of cryptic tweets, Suchitra has accused Dhanush’s team for rough handling her arm, but she never mentioned the reason.

It all started when the actor had tweeted about an alleged s*x scandal in Coimbatore. She first wrote, “Somebody would also like me to warn my followers about a huge s*x scandal that is about to erupt in an ashram near Coimbatore. Please stay safe.”

She then tweeted about Dhanush’s team about manhandling her. She tweeted, “That’s my arm – from rough handling by #Dhanush’s team. Sorry buddy – disqualified.” along with a picture of her of bruises on her arm.

She continued: “I didn’t want to out this #Dhanush I always play fair. But @SadhguruJV Won’t stop messing. So war, it is.”

Before that she tweeted: “This is Suchi, I’m back. Im safe and I’m ready to tell everyone what a lousy game #Dhanush played. no imagination. Paavum. #Simbu you’re it.”

Then she ended her Twitter rant with, “Never too late for a #selfie :)” along with a smiling picture of her. 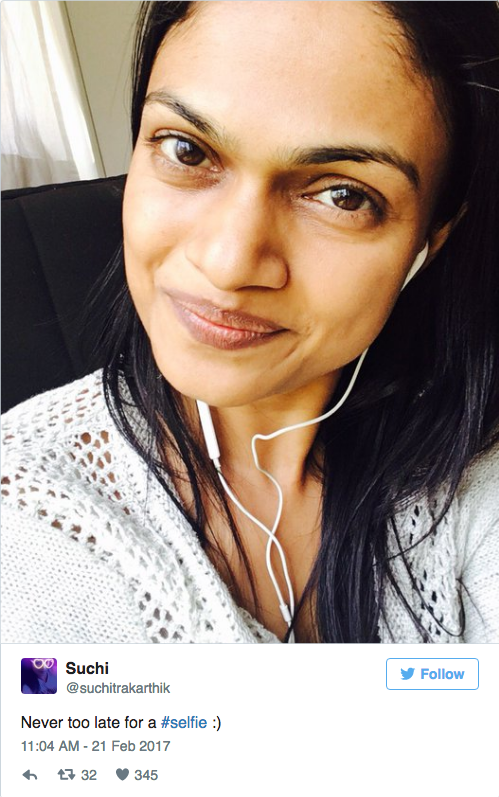 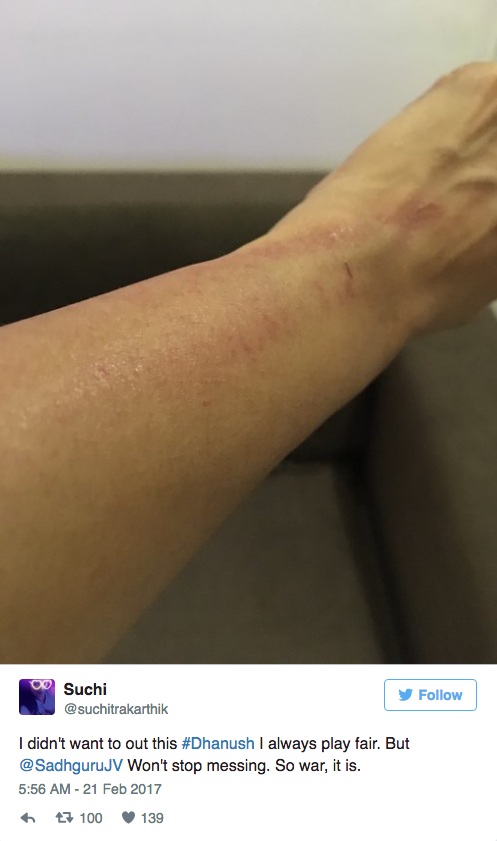 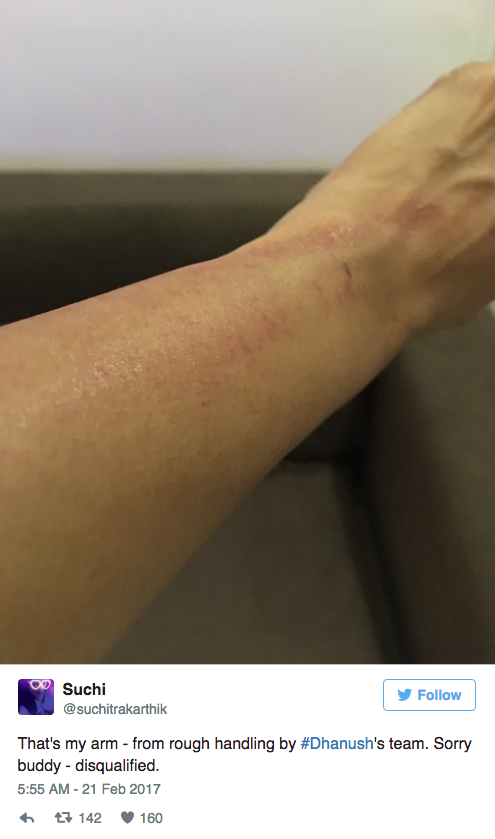 Well, the picture is quite blurry to say the least. Now we have to wait for what Dhanush and his team have to say about it. Sucharita’s tweets are cryptic and don’t explain the entire situation.