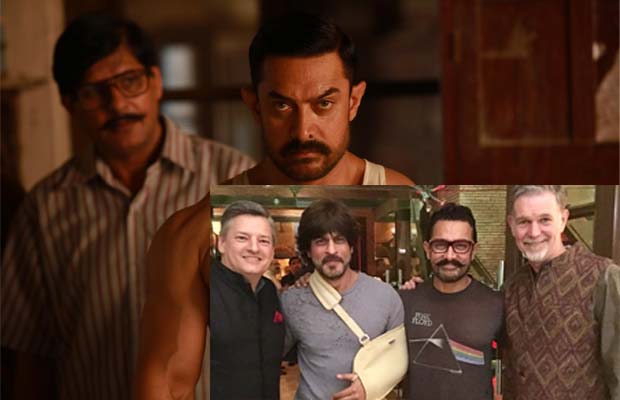 After grossing over Rs 380 crores in the domestic market and locking in on an amount of Rs 75 crore as satellite rights from a leading television channel, Aamir Khan’s mega blockbuster ‘Dangal’ is apparently set to secure Rs 20 crore deal for the digital rights.

It doesn’t come as a surprise that digital portals are coming to Aamir with meaty offers to secure digital rights for his wrestler biopic which received a tremendous response at box-office, both nationally and internationally.

It has been reported that Netflix, which has more than 86 million members globally, has offered Aamir anywhere between Rs 15-20 crore. And that Aamir is keen to on signing this deal.

Not just this. The reports further suggested that Netflix has acquired the satellite and digital rights of Aamir’s next film, ‘Thugs Of Hindostan’, while the actor is most likely to retain the theatrical and music rights of the film.

There have been no official announcements as yet. But, seems like this transpired when Aamir and Shah Rukh Khan met with Netflix CEO Reed Hastings.

According to a leading daily, the real reason behind the meeting of Shah Rukh and Aamir, was to discuss how to go about the plan. As they say Netflix wants to buy the rights of all films of Shah Rukh Khan and Aamir Khan which hit theatres from now on. This means that one can see the films of these two Khans first on Netflix and not on Sony or Star or Colors or Zee.

After smashing success of Dangal, Aamir Khan will be seen on the big screen once again in his home production Secret Superstar, which is slated to release on August 4, 2017.