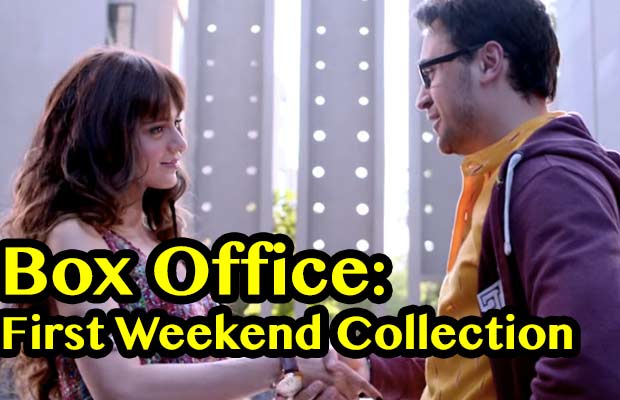 Directed by Nikhil Advani, ‘Katti Batti’ has failed in garnering huge positive reviews. The film starring Kangana Ranaut and Imran Khan in main lead is based on live in relationships and was much anticipated by the audience. The movie on its first day of release i.e. September 18, 2015 initiated with an occupancy rate of 15%-20-% on average. The occupancy rate was itself a sign of the slow start of the movie at the box office.

Moving to its box office collections, ‘Katti Batti’ on the first day of release i.e. Friday earned Rs. 5.25 crore (Rs 52.5 million) net approx. the collections were shockingly less than predicted. With a good star cast and back to back promotional activities, the movie failed to attract audiences at the theaters. Coming to its second day collections i.e. Saturday, the movie did not show much improvement in its earnings and the collections were almost same like the first day. ‘Katti Batti’ earned Rs 5 crore ( Rs 50 million) net approx. on Saturday.

With a unique story line and out of the box concoction of romance and thrill, ‘Katti Batti’ fell flat in its box office collections. It was very much in the air that Kangana’s presence might turn into good box office results but nothing of that sort happened. The film mostly had its target audience based in the urban cities, and ‘Katti Batti’ pulled average crowd in the cities of Mumbai, Delhi NCR, Pune and Bangalore.

The first weekend of ‘Katti Batti’ failed to impress the box office and the movie will have to work extremely hard to survive itself during the weekdays.