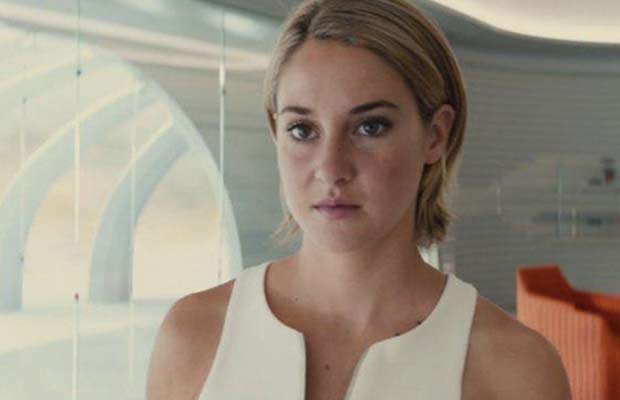 The official teaser trailer of the third part of Hollywood’s action packed science fiction film series, ‘The Divergent’ is back. Titled ‘The Divergent Series: Allegiant’, the third part of the film will see continuation of ‘Divergent’ (2014) and ‘Insurgent’ (2015). Starring ‘The Fault In Our Stars’ actress Shailene Woodley in the lead role, ‘Allegiant’ will take us to the world outside the walls and into the city of Chicago.

‘Insurgent’ which was the continuation of the ‘Divergent‘ series, saw the lead characters in a place outside the base where they prepared for the war ahead. It’s prequel had ended with the lead characters running away from their hometowns for being different (divergent) and hence considered a threat. The third part of the film, ‘Allegiant’ will finally see the characters attempting to break out of the captivity and face the outside world.

The trailer gives us a clear idea about what the outside world looks like. Destroyed to the core, the world is now a place filled with chaos and bloodshed, and the Divergents have to find their own way. Other than Shailene Woodley, the film stars Theo James, Miles Teller, Mad Max fame Zoe Kravitz, Ansel Elgort, Naomi Watts, Jeff Daniels, Octavia Spencer and Maggi Q amongst others. The teaser focuses more on lead characters Shailene and Theo.

Directed by Robert Schwentke, the film is produced by Douglas Wick, Lucy Fisher. The film will be distributed by Summit Entertainment and Lionsgate in USA releasing on March 18, 2016. Reportedly the next and final installment of ‘The ‘Divergent’ series titled ‘The Divergent Series: Ascendant’, will be released on March 24, 2017. After a successful run of two films, ‘Divergent‘ has gained its very own fan following who are definitely excited after watching the teaser trailer!