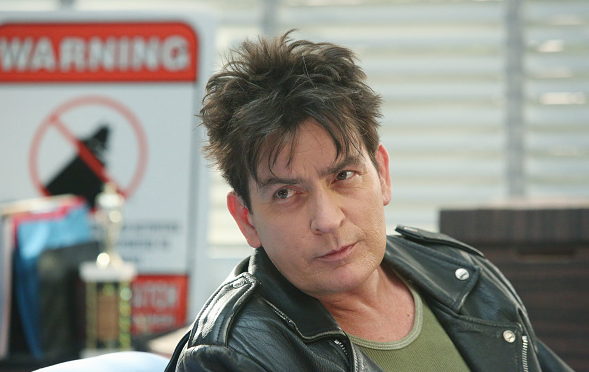 Hollywood star Charlie Sheen who was speculated to be HIV positive has finally come forward and revealed the truth about it to the world. The actor appeared on the TODAY show in order to announce a personal truth about his life, and that’s when he finally put a stop to all the guesses. Charlie Sheen revealed that he does not know how he contracted the disease, but believes that he doesn’t feel any stigma attached to it. The actor has known his health condition for quite some time now and was forced to open up about this due to unbearable reasons.

Charlie Sheen revealed that after opening up to his friends and few others about his HIV positive status, the actor started receiving threats and blackmails from people asking him to pay money in order to keep their mouth shut. The Two and Half Men star had to literally pay millions of dollars to keep this a secret, but at last decided that he cannot take it anymore. After his confession at the episode, the actor says he feels like he is out of prison now.

According to the doctors and people close to the actor, the HIV positive virus is nearly undetectable in Charlie Sheen’s system. The actor does not have AIDS, the deadly disease that takes over your immune system. Thus the actor is healthy, and will fight this thing with the support of science and love from near and dear ones. Surprisingly the world is behaving like we’re back in the 90s where having HIV was a matter of disgrace. In this tough times, all the actor requires is a little compassion and support.

Best known for his work as Charlie Harper from Two and Half Men, Charlie Sheen has always led a wild and bizarre lifestyle with transparency about his usage of drugs and haywire personal life. The actor has been married and divorced thrice and has been known for his rude and obnoxious behaviour, which eventually got him fired from Two and Half Men. Soon after which he starred in the TV show Anger Management which was quite closely related to his personal life.