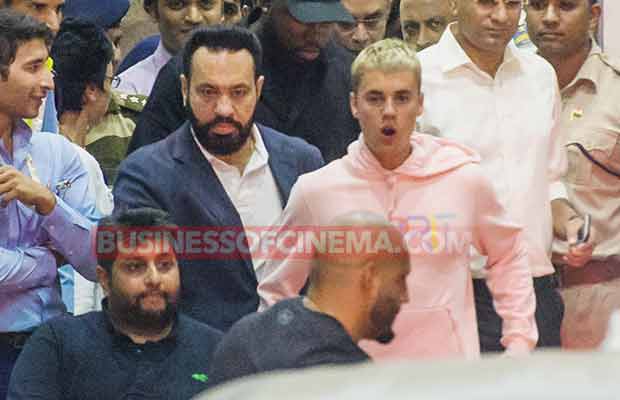 The Grammy winner artist, Justin Bieber has arrived to the country for the much-talked Purpose Tour 2017

The madness has begun! Justin Bieber has arrived in Mumbai last night amid heavy security and Beliebers are gearing up for May 10 concert that is happening today at the DY Patil stadium in Nerul, Navi Mumbai. The excitement and madness among the fans is building with each passing minute. Well not only commoners, even our B-town celebrities are looking forward to the big concert, which is currently a talk of the town. The show will feature fireworks, confetti, laser, graphics on big screens.

The stadium is set, fans have arrived with their huge priced tickets to catch their favourite pop singer live. While fans are prepping up to witness the madness, here’s everything you want to know about the much-talked concert and its guidelines.

11 am: Box Office Opens: A 50-window box office has been set up at DY Patil Stadium, which will help fans to skip long queues.

3 pm: Gates Open: The fans have already reached the venue and have lined up for their early entries. However, the gates will open at 3 pm and the gates will close by 4:30 PM.

4 pm Performance 1 by Sartek: Indian DJ and music producer Sartek Sardana, 28, will kickstart the concert and will be seen performing from 4 pm to 5 pm. He has also done opening act for Axwell, Armin Van Buren, Martin Garrix and Nicky Romero during their India tours. This is surely another big day for the Indian DJ.

5 pm Performance 2 by Zaeden: Shahid Sharma, aka Zaeden, 23-year-old Indian DJ will also grace the big concert. He will be performing at the Justin Bieber India concert for an hour, from 5 pm to 6 pm.

6 pm Performance 3 by Alan Walker: Alan Walker, also known as DJ Walkzzz, the youngest performer of the day will be performing at the concert for two hours, from 6 pm to 8 pm..The Norwegian music producer and DJ is known for his 2015 single, ‘Faded’. He is ranked 55th on the DJ Mag’s Top 100 DJs list of 2016.

8 pm BIG Performance by Justin Bieber: Finally the much-awaited moment will take place at 8 PM when Justin will takeover the stage, and will perform for one-and-a-half hours, until 10 pm. Here is expected to perform on his hit numbers like ‘Where are you now’, ‘Boyfriend’, ‘Love yourself’, ‘Company’, ‘As long as you love me’, ‘What do you mean?’, ‘Baby’, and ‘Purpose’.

Justin Bieber’s after party: Bieber will reportedly attend a black-tie boxing event that will see Bollywood actors like Arjun Rampal, Tiger Shroff, Malaika Arora and Jacqueline Fernandez. This will be followed by a grand party that has been reportedly thrown by Shah Rukh Khan and Salman Khan.

The Purpose World Tour is the third worldwide tour by Justin.  It is in support of his fourth studio album Purpose. The Tour started on March 9, 2016, in Seattle and will end on September 24, 2017, in Tokyo.