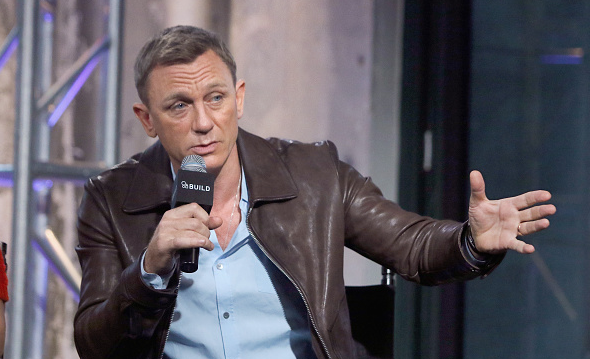 Hollywood hottie Daniel Craig who was recently seen in James Bond flick ‘Spectre’ has revealed some interesting opinions he holds about Bollywood industry. According to the actor Bollywood movies capture the essence of life and deliver the thrill expected by the audiences. Daniel who is currently enjoying the success of possibly his last film as James Bond, has previously been in India to shoot in the beautiful states of Kerala and Goa.

Daniel Craig defines Bollywood as ‘the exuberance, the life, the celebration’ captured and showcased through movies. The actor has himself watched Bollywood films, although he did not say which ones, but said that he loves Hindi films and thinks that they are fabulous. According to him at the end of the day it is about giving a good experience to the audience, and that is something Bollywood films do exceptionally well.

Earlier Daniel Craig‘s ‘Spectre’ costar Monica Bellucci had also opened up about Bollywood and especially actor Shah Rukh Khan. Monica Bellucci opened up about her meeting with SRK by stating that the star was quite a kind hearted person and that she is glad she met him. Monica further stated that he has immense respect for Shah Rukh Khan and that she thinks Bollywood films are quite entertaining. The actress states she cannot dance or sing so she doesn’t think she would be a great choice for doing Bollywood films.

Releasing on November 20 in India is one of the most anticipated action films of 2015, ‘Spectre’ also known as Bond 24. This will be Daniel Craig‘s final film as the James Bond, and thus the anticipation has risen all the more. The film also features an impressive cast of ‘Inglorious Bastards’ star Christoph Waltz, the very famous Voldemort actor Ralph Fiennes, BBC Sherlock’s Moriarty Andrew Scott, WWE star Dave Bautista and actresses Lea Seydoux and Monica Bellucci.