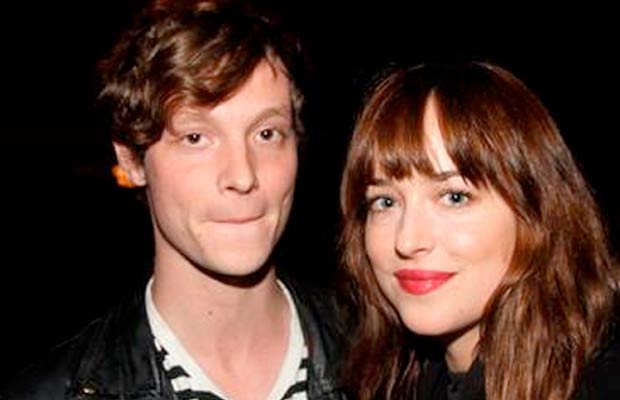 [tps_footer]When we saw Dakota Johnson play the role of Anastasia Steele onscreen in the sultry ’50 Shades Of Grey’ movie, we were certainly floored. Her bold portrayal and very sexual energy on screen was captivating to millions. But then, was this also the reason that Dakota is now single?

According to reports, Dakota has split with boyfriend Matthew Hitt and they have finally broken up after a long two years of dating each other. The ‘on again – off again’ couple first revealed their relationship to the public in July 2014. Once the very sexually explicit ’50 Shades’ movie released in 2015 however, the duo parted ways. However, in true blue Hollywood style, they rekindled their romance no more than a few months later and all seemed right again.

Hitt is a 29 year old singer and also the guitarist for ‘The Drowners’. According to sources, their relationship was bound to fail right from the start since the two had very different schedules and owing to that could not spend a lot of time together. In past interviews Dakota has admitted that her boldly sexual roles onscreen have often been intimidating to some men. Does Hitt also come under this group of intimidated men?

Is it possible that the most intimidated person was her own boyfriend? Was Matthew absolutely petrified of dating and loving a woman who was so explicit in her sexual portrayal onscreen?

Their break up has made them part of Hollywood’s ‘Splitsville Club’ of 2016 with other broken couples like Taylor Swift, Calvin Harris, Demi Lovato, Wilmer Valderrama, Gigi Hadid and Zayn Malik. [/tps_footer]