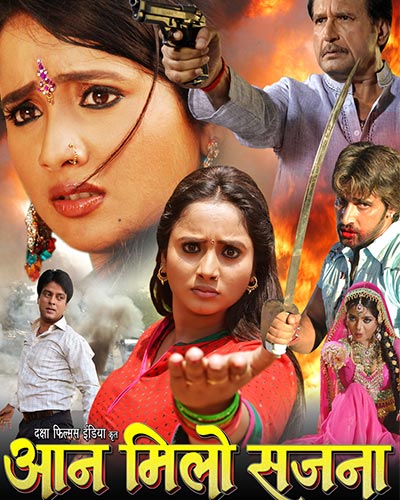 Aan Milo Sajana is a Social Family drama with a touch of Suspense & Thrill Its packed with action as well as seven melodies and foot tapping songs. Aan Milo Sajana is written and directed by Shekar Sharma and Produced by Daksha Films and Shalimar Productions Ltd. It stars Bhojpuri Super Star Rani Chatterjee in lead with Shameem Khan,Priya Sharma ,Ayaz Khan and Kiran kumar in a memorable Role .The music of this movie is being popular and liked by the audience ..Aan Milo Sajna is all set to hit the BOX OFFICE on Diwali