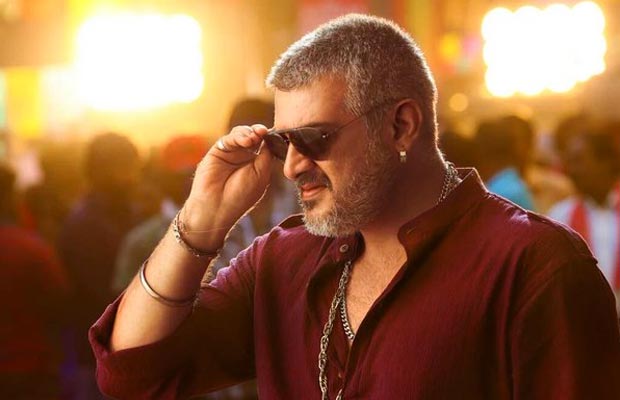 Ever since the promos and teasers of Ajith starrer ‘Vedalam’ have been released, anticipation has touched sky high. And with so much enthusiasm in the air, director Siva’s recent revelations about the film will surely make every Ajith fan’s day! During a recent promotional event, director Siva got super excited and revealed some interesting details about his hero’s role in the movie. So read on to find out what Thala’s role in the film is!

‘Vedalam’ has created such a suspense with its under the wraps story that speculations are being made about the film’s script. Finally giving us an insight about the film Siva revealed that in his earlier film, Ajith played the role of a villager. But in ‘Vedalam’, the actor belongs to North Chennai and his dialogues in the North Madras dialect are apparently the highlight of the film. Like every state, Tamil Nadu also has different dialects and maybe in this film, Thala will be seen in a whole new avatar.

Siva further went on to talk about the music of his film, which has become a huge hit among the audiences. Music director Anirudh Ravichander has delivered what he promised, according to Siva. He stated that Anirudh is himself a huge Ajith fan and ‘Vedalam’ being the comeback film of the actor after a long gap, even the music director was as enthusiastic as a normal fan. After narrating the story of the film, Anirudh gave Siva his word to give his best in terms of music and he has delivered the same as we can make out from the great music of ‘Vedalam’.

Well these details will surely help Ajith fans to have little more patience.  The film’s trailer release has been postponed more times than we can think of now and this is surely driving the fans crazy. Official release date of the film is yet to be announced but is expected to be likely around Diwali. The film also stars actresses Shruti Haasan, Laxmi Menon and actors Aniket Chouhan, Kabir Singh among others.