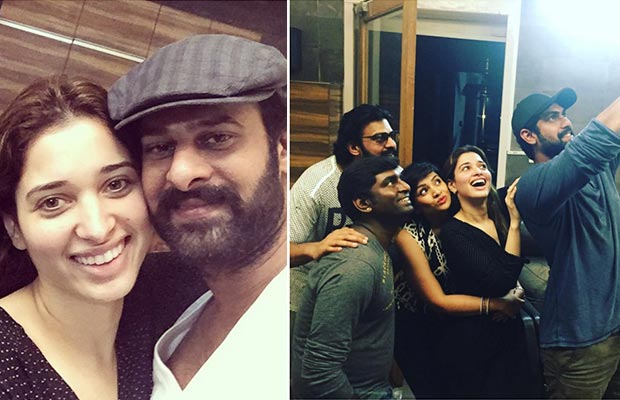 ‘Baahubali’ costars Tamannaah Bhatia and Rana Daggubati gathered around to celebrate Prabhas‘ birthday bash. Tamannaah shared adorable snaps of the actor wishing him in the most cutest manner. Definitely the venture ‘Baahubali’ has brought all these actors closer who are now nothing less than best buddies. After the huge success of their first film, the actors are gearing up for ‘Baahubali 2’.

The actor who turned 36 this year had a gala time with Tamannaah and Rana Daggubati among others. Tamannaah shared two snaps out of which one was a cute selfie of them both with her special birthday wishes for him. The actress wrote, “Happy birthday to my favourite Pubsi !!!! Have an awesome year ahead @baahubalimovie” So Tamannaah calls Prabhas Pubsi! How adorable is that? 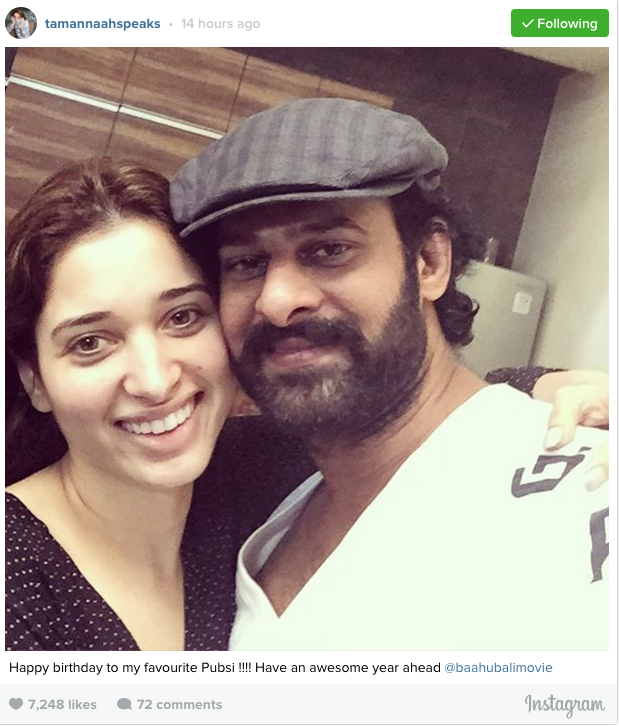 The other snap shared was a group selfie with Rana, Tamannaah and her Pubsi posing for a click with other few friends. Prabhas who is working round the clock for his next film recently made headlines for his humble words. When everyone started crediting the actor for the success of the film ‘Baahubali – The Beginning’, the actor stated that no star is bigger than the film’s success. Certainly a guy with such a big heart deserves to have many awesome years ahead like Tamanaah wished him. 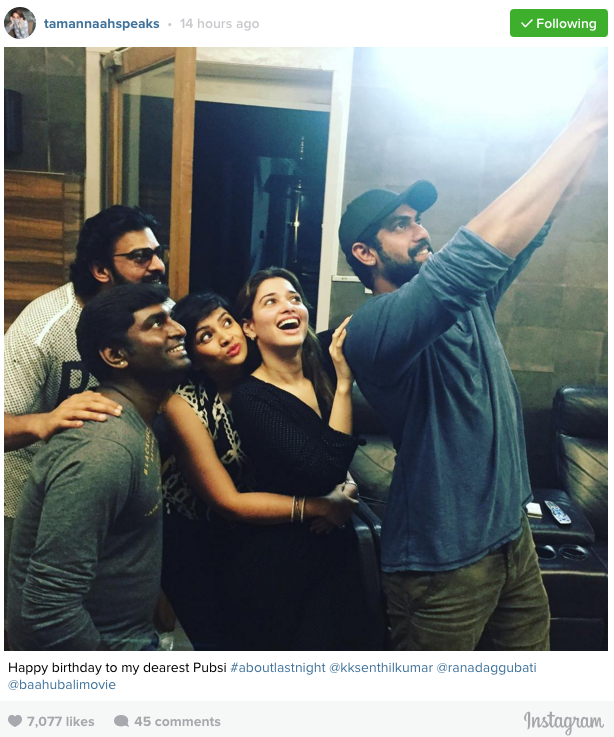 Team ‘Baahubali’ has a lot of expectations to live up to especially since the film’s first half broke all kinds of records. The film is said to be India’s most expensive motion picture yet, and to be associated with the same is a huge accomplishment for all Tamannaah, Prabhas as well as Rana. However it is true that the birthday boy has gained more momentum after the film being the protagonist and all. Wishing Prabhas a.k.a. Pubsi a very happy birthday from our side!