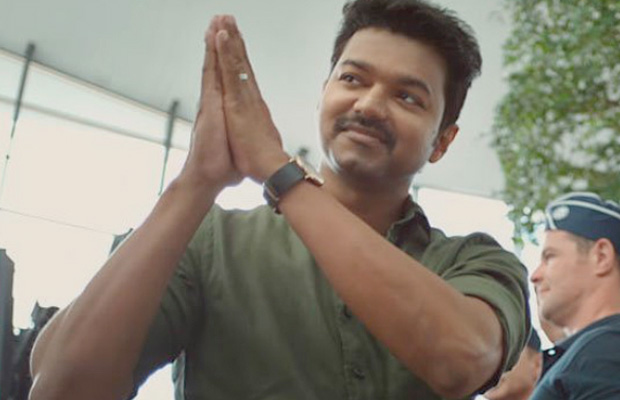 The Tollywood film Mersal had created a lot of buzz before the release of the film as it has the South superstars Thalapathy Vijay and Samantha Ruth Prabhu starring in it. But now that the film has released, it is making headlines for an altogether different reason.

Apparently, towards the end of the film, the main lead character played by Vijay gives a speech on how unfairly GST has been implemented in India. He critics the concept of this system of taxation and compares it to other countries who according to him are better.

In the speech, Vijay says that India issues 12% GST on medicines but there is no tax on alcohol, whereas Singapore issues just 7% GST and also provides free medication.
And the ‘controversial’ speech has not gone really well with a few political groups. There are people who have demanded the film to be either banned or at least censored. The makers have been opposed a lot by these groups.

On the other hand, there are also a few people who have come up supporting the film including the legendary actors of South-Indian film industry – Rajinikanth and Kamal Haasan.

Well, all we can say that the controversy has worked really well for the film. Because even those who didn’t know about the movie are now aware of it. The leaked GST scene is streaming all over social media and has made the film a hot topic of debate!

Talking about the film Mersal, apart from Thalapathy Vijay and Samantha Ruth Prabhu it stars Nithya Menen and Kajal Aggarwal. The story of the film is about two brothers who have different aims in life. One wants to work for the welfare of people, the other wants to avenge his father’s death.