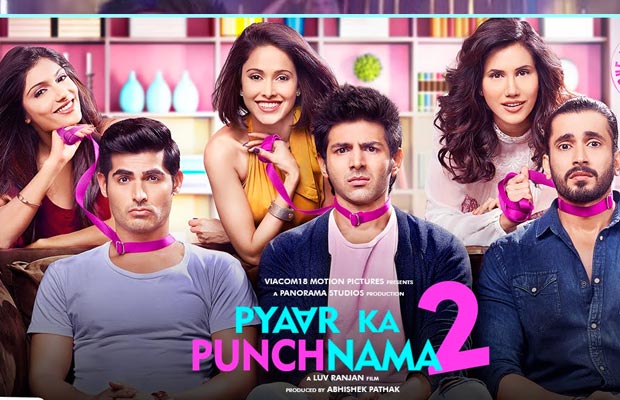 If Men are from Mars, women are definitely from some other planet in director Luv Ranjan’s sequel to his 2011 hit film. Pyaar Ka Punchnama 2 is a comedy that leans on the basic differences between the two genders and digs up every relationship cliché not covered by an Archie’s card. So girls don’t understand cricket, they need constant reassurance, they talk too much and so on.

Anshul/ Gogo (Kartik Aaryan), Siddharth/ Chauka (Sunny Singh) and Tarun/ Thakur (Omkar Kapoor) meet Ruchika/ Chikoo (Nushrat Bharucha), Supriya (Sonnalli Sehgall) and Kusum (Ishita Raj Sharma) round about the same time. They fall head over heels in love and gradually life starts changing. None of the three relationships is perfect and each of the boys is wrapped around their respective girlfriends’ little finger until it all comes undone. The moment is marked by Anshul’s breakdown as he delivers an eight-minute monologue of what women are like as girlfriends. It’s an unashamedly male point of view and a rather pubescent one too.

If the girls are demanding, dumb needy and manipulative, the men are weak, pathetic and desperate, and not so smart themselves. Of the six principal cast only Sunny Singh’s performance sticks out as sincere. The rest are more aware of their costumes and hairstyles, their six packs and gelled hair. The few funny lines (there’s one that about how all boys eventually need their mothers and how Sooraj Barjatya has spoilt the meaning of best friends) are lost within a shallow script that packs in stereotypes.