As earlier we reported, television actress Kishwer Merchant had given her piece of mind to VJ Anusha Dandekar and VJ Gaelyn Mendonca after they made fun of a friend on social media app. It happened after Kishwer posted a story on her Instagram page where a few of her friends were seen enjoying some random conversation. They were seen talking about food and one of her friends in the video was heard saying, ‘I want pancakes’.

Anusha and Gaelyn picked the above-quoted line and started making fun of Kishwer Merchant’s friend’s accent. Instead of making fun and laughing out at the same in private, the two girls recorded the video and put it up on social media. However, Kishwer couldn’t take this and she lashed out at Anusha and Gaelyn.

After days, Anushka took to Instagram and tried to explain herself!

Love from me… xoxo 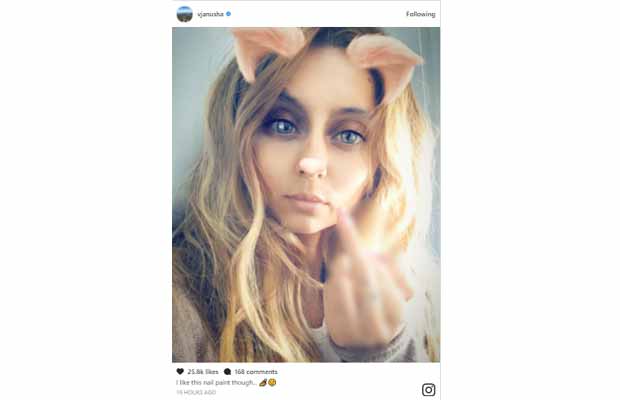 But looks like things have not sorted between the two and Anusha is still mad at the same topic. The recent picture of Anushka showing off her middle finger hints a reaction to Kishwer Merchant again. Is this picture directed towards Kishwer Merchant? Well, going through what fans have reacted on this image, it surely seems so!

Take a look at the picture posted by Anusha Dandekar and how people have reacted to her picture showing middle finger: 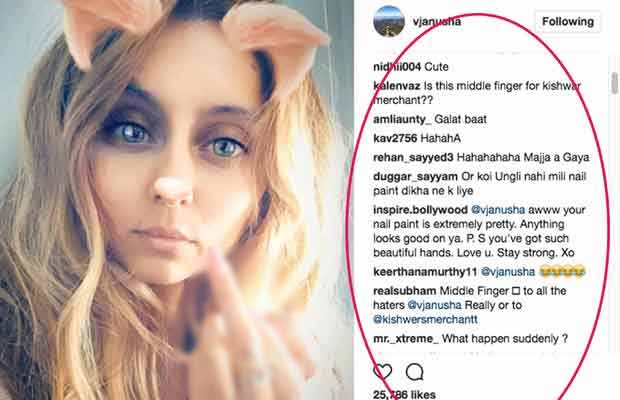