Bollywood celebrities Lara Dutta, Salman Khan, Iulia Vantur and Preity Zinta were spotted at different locations in Mumbai on May 23, 2017.

Bollywood actor Salman Khan returned home to a stirring welcome by paparazzi at the airport last night. Salman, who was shooting for Tiger Zinda Hai in Abu Dhabi, is back to Mumbai for the trailer launch of his upcoming film Tubelight. Looking dashing and fierce like always in his casual look, the Sultan actor was spotted making his way to home from Mumbai airport.

Salman Khan is currently having a busy work schedule. Amid Tiger Zinda Hai shooting with Katrina Kaif, Salman is also busy promoting Kabir Khan’s Tubelight. The actor recently went to Dubai for Tubelight’s first song launch. He then returned back to Abu Dhabi for Tiger Zinda Hai. Salman has been juggling between the promotion and shooting of his two upcoming films. Nevertheless, Salman Khan surely knows time management and is giving out his best for his much-talked upcoming projects.

On the other than, Salman Khan’s alleged girlfriend Iulia Vantur was also spotted yesterday. Dressed in a black floral outfit, Iulia Vantur was spotted leaving a salon in Mumbai. As seen in the photos, the Romanian beauty seemed to be in no mood to pose for the shutterbugs. Iulia is surely taking some time out to pamper herself amid working hours.

On the work front, Iulia has sung a song with Himesh Reshammiya for his album Aap Se Mausiiquii. Iulia is trying her hands on singing and is currently leaving her fans amazed by singing some songs from Salman Khan’s blockbuster films. She is currently shaping up her career in Bollywood.

Bollywood actress Lara Dutta was also seen after a relaxed salon session in Mumbai on May 23, 2017.

Also, clicked by the paparazzi was none other than Preity Zinta. The actress was spotted exiting Shankar Mahadevan’s studio in her casual yet cool look. 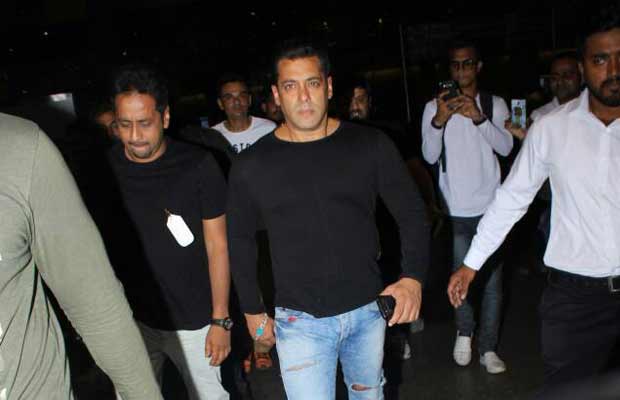