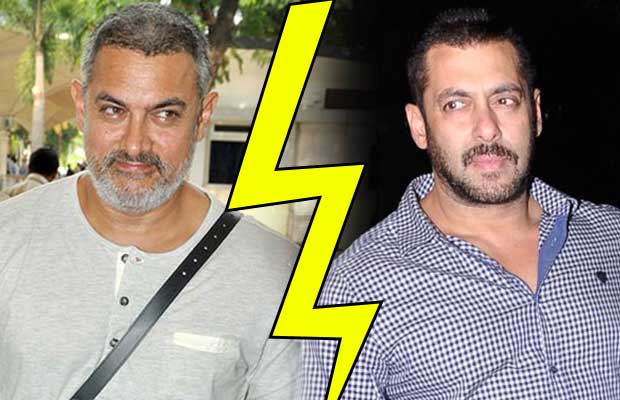 Just when Shah Rukh Khan and Salman Khan buried their hassles and lent a hand of friendship towards each other, rumors about the clash between Salman and Aamir Khan started making rounds. Reports suggested that not all is well between the perfectionist and the Dabangg Khan.

However, all the rumors have now come to a standstill and Aamir has proved that there is no tiff between the two Khans. There is surely an air of friendship blowing amongst the three super Khans. Aamir Khan has proved with his sweet gesture that speculations about their war are untrue.

The Dangal star Aamir who is reserved and calm when it comes to interacting is nonetheless active on the micro blogging site Twitter. The actor recently took to Twitter and posted, “Happy Diwali Salman! Wishing Sooraj, Sonam and you your biggest success ever! Love. a.” 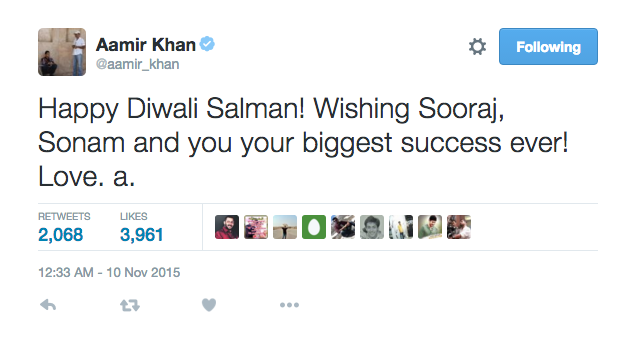 Aamir earlier also wished SRK on his birthday and proved that the bad blood between them is long lost. Seems like the three Khans are more than happy to wish each other success. Drifting away from the petty competition Salman, Aamir and SRK have suddenly become well-wishers for each other.

On the work front, all the three superstars are tied up with their releases. Salman is gearing up for the release of ‘Prem Ratan Dhan Payo’, SRK is all excited for his film ‘Dilwale’ while Aamir will soon be seen in ‘Dangal’.