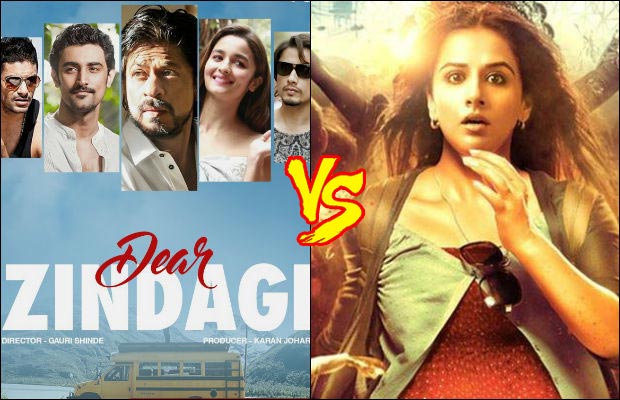 Well, clashes seem to be a part of SRK’s 2016 year. His 2016 film, where he is playing a pivotal role in Gauri Shinde’s Dear Zindagi will clash with Vidya Balan’s Kahaani 2. Kahaani was a superb film and Gauri Shinde is known to make unique kind of movies. So, it would be interesting to see who will win the box office race on November 25.
[tps_footer]Bollywood lovers are all set to witness yet another big clashes of two films. Both the films star two great and famous actors from the industry. Yes, we are talking about Akshay Kumar and Hrithik Roshan. Their movies Rustom and Mohenjo Daro respectively, are releasing on the same date August 12. Well, none of the actors or directors decided to change the release date. Both the actors are superstars in their own way and has the huge fan following. Both the films are massive, but it looks like none is scared of each other’s stardom. Well, what will be the fate of these movies can be decided only when they are released. Well, it is not necessary that when two big films clash, one of them always fail. Sometimes, both fail, both turn out to be the blockbuster or only one wins the race. Also, this is not the first time we will be beholding a clash of two grand projects. In the past also there have been movies, which were released on the same day. Here are some movies that were pitted against each other in the past:[/tps_footer]