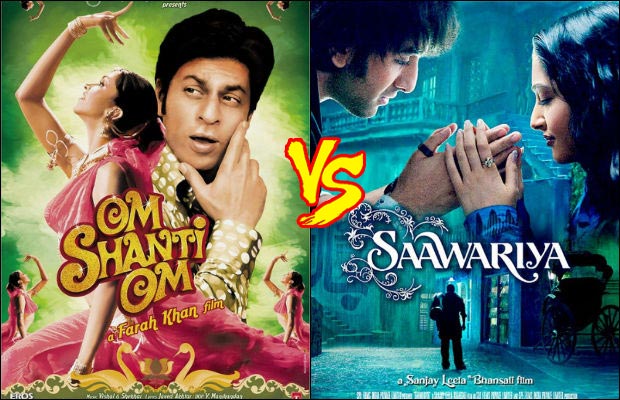 Farah Khan’s directorial Om Shanti Om released on the same day with Sanjay Leela Bhansali’s Saawariya. Saawariya was the debut film of Ranbir Kapoor and Sonam Kapoor, whereas OSO marked Deepika Padukone’s venture into the film industry. Well, Saawariya lost the battle with OSO and failed at the box office. SRK’s starrer became a hit and Deepika even won a debut award for the same.