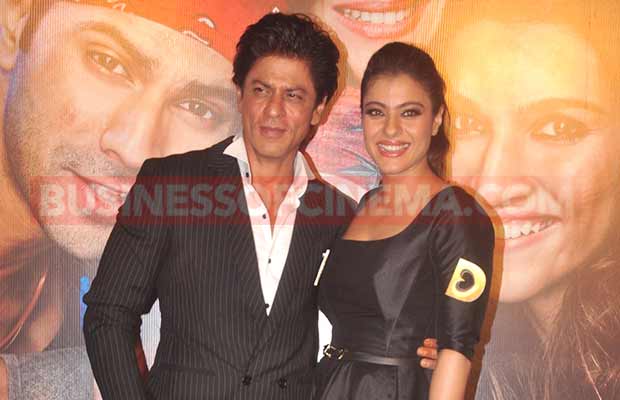 Rohit Shetty’s ‘Dilwale’ is surely one of the most anticipated films of the year. The masses are already going gaga over the leaked images and footage from the shooting schedule of the film. ‘Dilwale’ is highly awaited by all, as it will bring back the most romantic on screen pair of Shah Rukh Khan and Kajol on the silver screen after a gap of almost five years.  ‘Dilwale’ also stars Varun Dhawan and Kriti Sanon in lead roles. ‘Dilwale’ is all set to hit theaters on December 18, 2015.

We all are excited to SRK romance Kajol on-screen but do we really know what convinced Kajol to make a comeback after a really long time on the silver screen? Well it was all the doings of her 13 year old daughter Nysa. Nysa was the shinning angel who convinced her mom that she needs to really change her look and the kind of roles that she does.

Also Read: Look Of The Day: Kajol Brings Back The Glamour Of Black

In a recent interview Kajol revealed that Nysa told her , ‘Mama, I don’t want you to cry in all your films. Do something fun.’ That is how I got convinced. I am glad I chose to do it. I had a great time shooting with Shah Rukh and Rohit. They were awesome.”

Well we are really happy that Kajol listened to her daughter and decided to give the movie a try, the looks and the hype surrounding the movie are certainly pretty high and the audience is awaiting to see some DDLJ fun and romance in this movie.

All  thanks to Nysa then! The movie is all set to release on December 18 and we just can’t wait to see it.